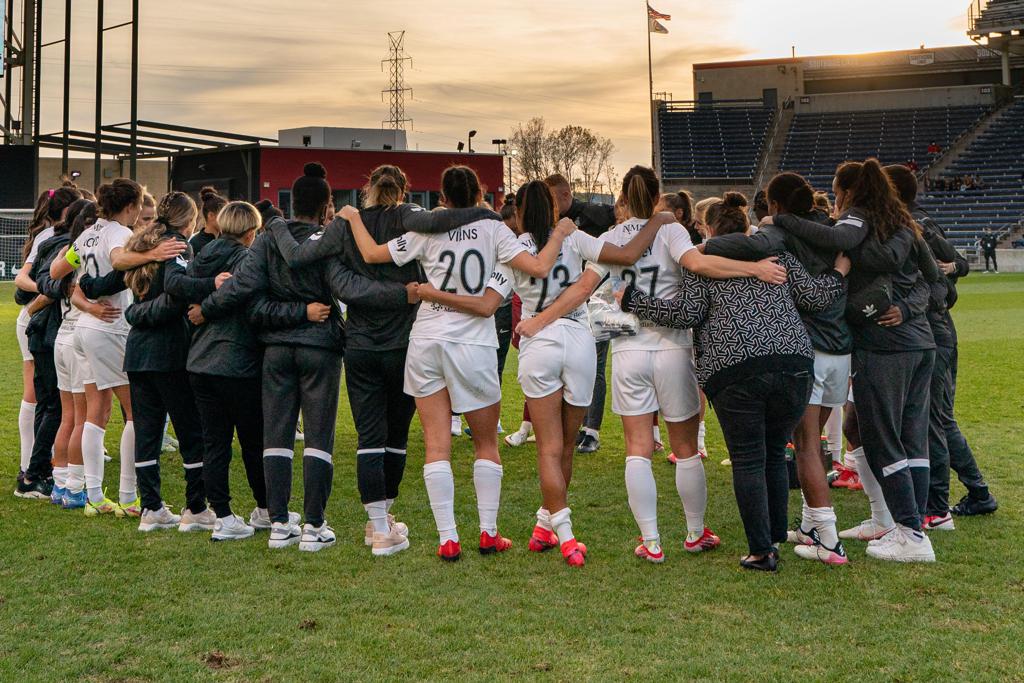 HARRISON, N.J. - After one of the best seasons in franchise history, NJ/NY Gotham FC makes its highly-anticipated debut in the Challenge Cup on Saturday, March 19 at the North Carolina Courage. Kick-off is set for 7 p.m. ET at WakeMed Soccer Park.

WHAT YOU NEED TO KNOW
Gotham FC is coming off a postseason and Challenge Cup Final appearance. Head coach Scott Parkinson is back for his first full season at the helm after taking over the reins last September and guiding the club to a 3-0-4 mark to close the regular season.

Gotham FC welcomes back 16 players from last season’s squad. The list includes eight primary starters and three NWSL League’s Best Honorees. Highlighting the returners are Caprice Dydasco, who took home defender of the year honors and tied for third in the league with five assists. Margaret “Midge” Purce was one goal shy (nine) of earning a Golden Boot last season and was a finalist for MVP. Ifeoma Onumonu tallied eight scores and four assists to take a spot on the NWSL Second XI.

Additionally, Onumonu and Purce became the first Gotham duo to score eight or more goals in a season in club history.

Gotham also was aggressive in the offseason bolstering the lineup with established veterans and adding depth from the draft.

Ashlyn Harris and Michelle Betos are proven commodities in goal. An already stellar defensive unit received even more reinforcements from the acquisitions of Ali Krieger, Estelle Johnson and Ellie Jean.

At the midfield spot, Gotham picked up USWNT standout Kristie Mewis and then added forward Kumi Yokoyama to the attack.

This year’s newcomers include rookies Cameron Tucker and Taryn Torres. Tucker’s discovery rights went to Gotham in 2021 and Torres joins the club after electing to finish her collegiate career at Virginia last year.

Also, earning a rookie deal is 6-3 goalkeeper Hensley Hancuff. Hancuff was selected by Gotham with the No. 34 pick in the 2022 draft.

CHALLENGE CUP HISTORY
Gotham has made it out of group play in each of the first two Challenge Cup events, advancing to the semifinals in 2020 before falling in penalties to Portland last season. Gotham is 4-4-3 at the event all-time and 1-2-2 on the road.

Gotham topped the Courage, 4-3, in this event in 2021. NC was the only team to score on Gotham in the group stage. Midge Purce scored twice and Evelyne Viens provided the game-winner in stoppage time.

ALL-TIME AGAINST NORTH CAROLINA
Gotham FC is 4-7-3 all-time against the Courage, but have taken three of the last four matchups and scored three or more goals in its last three victories. In 2021, Gotham swept the regular season series with 3-1 and 3-0 wins.