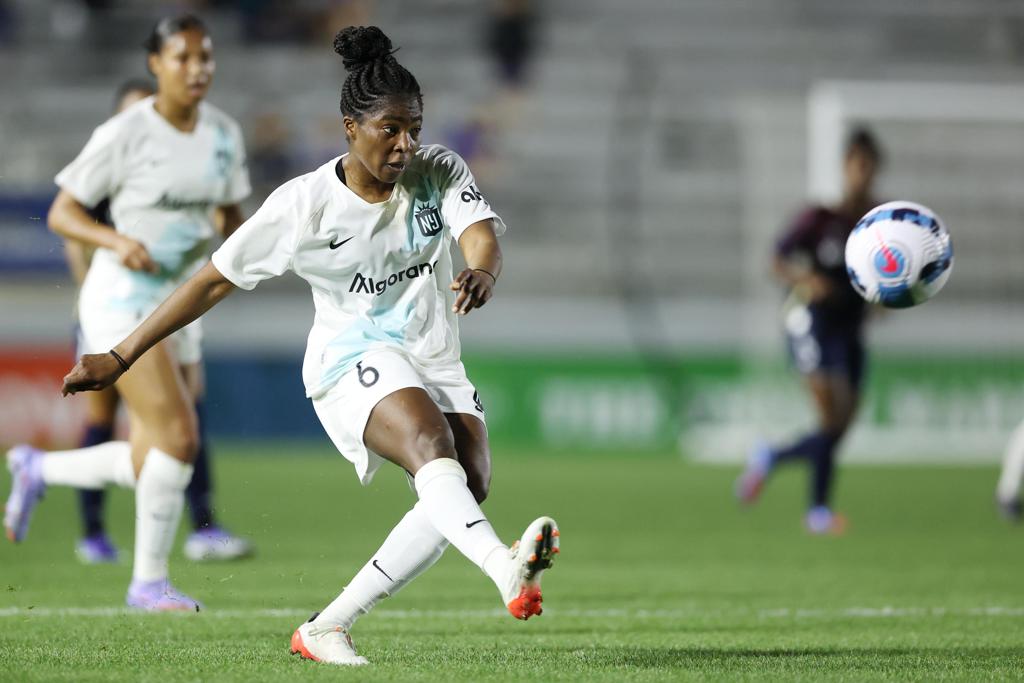 CARY, N.C. - NJ/NY Gotham FC dropped a 2-0 decision to the North Carolina Courage in its opening match of the 2022 Challenge Cup at WakeMed Soccer Park. The Courage scored a goal in each half to snap a three-game skid against Gotham.

“Obviously, we’re disappointed in the result,” head coach Scott Parkinson said after the match. “We’ll use this game as a foundation to push from here. Our quality needs to be a little bit better and we didn’t quite have our legs under us. We’ll dust ourselves off and get ready for Washington next week.”

The teams traded opportunities in the opening 15 minutes on crossing plays. Taylor Smith pushed forward and got her head for a strike that missed wide in the seventh minute. Just over five minutes later, Gotham countered when Caprice Dydasco connected with Paige Monaghan, but her far-side header was off the mark.

The Courage broke through in the 22nd minute when Carson Pickett used her left foot to cross a ball through traffic to Brianna Pinto, who converted a header to the bottom left corner to put North Carolina up, 1-0.

In stoppage time, Margaret Purce did her best work, carrying down the right side and tried to sneak one in on the near side, but Katelyn Rowland squeezed the post to keep the Courage in front as the teams headed into the half.

North Carolina doubled the advantage in the 51st minute off a corner. Off the initial set up, Malia Berkely one-touched a pass to Abby Erceg for a shot that snuck under a diving Ashlyn Harris.

Awaiting Gotham FC in its next Challenge Cup match will be the Washington Spirit. The teams will face off in D.C. on Friday, March 25 at 7:30 p.m. on Paramount+.