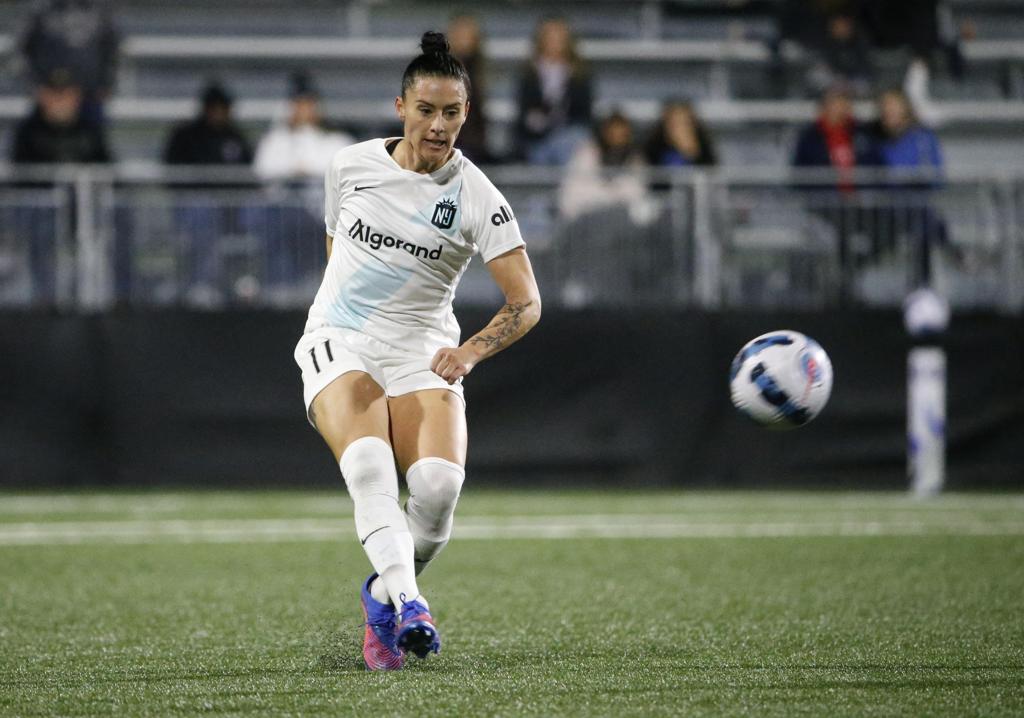 HARRISON, N.J. - NJ/NY Gotham FC will play the last of its three Challenge Cup group stage matches at Orlando Wednesday night. Kickoff is set for 7 p.m. at Exploria Stadium and the contest can be seen on Paramont+ in the U.S. and Twitch internationally.

WHAT YOU NEED TO KNOW
Gotham (0-1-1, 1 point) picked up a hard-earned point after a 1-1 draw in its last match against Washington on Friday night.

Kristie Mewis netted her first goal with the club off a penalty in the 23rd minute, but the Spirit’s Ashley Hatch drew the Spirit even with a score 16 minutes into the second frame. Despite Washington going down to 10 players after Amber Brooks was handed a second yellow card in the 65th minute, Gotham could not muster the go-ahead tally and settled for the point.

Orlando, who also sits at 0-1-1 (1 point) in the East, fell to North Carolina last week, 1-0, on a penalty kick and are also in search of its first Challenge Cup victory. The Pride are the only team that has not scored yet in the tournament.

ALL-TIME AGAINST ORLANDO
Gotham FC holds a 5-6-4 record in the series with the Pride. Last season, Gotham went 1-1-1 against Orlando. The teams drew 1-1 at Exploria Stadium in the Challenge Cup, followed by a 1-0 Pride win at Red Bull Arena and a 3-2 victory for Gotham in the final regular season meeting. In the Gotham win, Gaëtane Thiney scored a pair of goals and Purce netted an insurance marker in the 50th minute. However, Orlando stormed back, netting goals from Erica Tymrak and Marta on a penalty in the final six minutes. Both teams had quality chances in stoppage time, but Gotham was able to hang on for the road win.

GOING INTERNATIONAL
Gotham FC’s Imani Dorsey, Kristie Mewis and Midge Purce have been selected for the USWNT’s 23-player roster for a pair of friendlies against Uzbekistan in April.

Dorsey has one career cap for the U.S., but has featured at various camps during head coach Vlatko Andonovski’s tenure. Mewis and Purce helped the USWNT secure the She Believes Cup title in February and were key players in leading the U.S. to gold. Purce posted an assist and two of her attempts in the offensive zone helped the U.S. secure a 5-0 victory over New Zealand. Purce then showed some instant chemistry with her new Gotham teammate, dishing a low feed to Mewis for the final goal of the tournament against Iceland.

Additionally, forward Ifeoma Onumonu earned her second call-up with Nigeria for the second round of the Women’s African Cup of Nations qualifying.

UP TO THE TASK
Ashlyn Harris made nine saves in Gotham’s draw against the Spirit on Friday, the second year in a row she’s had a nine-save game against Washington in the Challenge Cup (w/Orlando in 2021). Only one other goalkeeper has made more than seven saves in a Challenge Cup match: Britt Eckerstrom (11) with Portland against North Carolina in a quarter final in 2020.