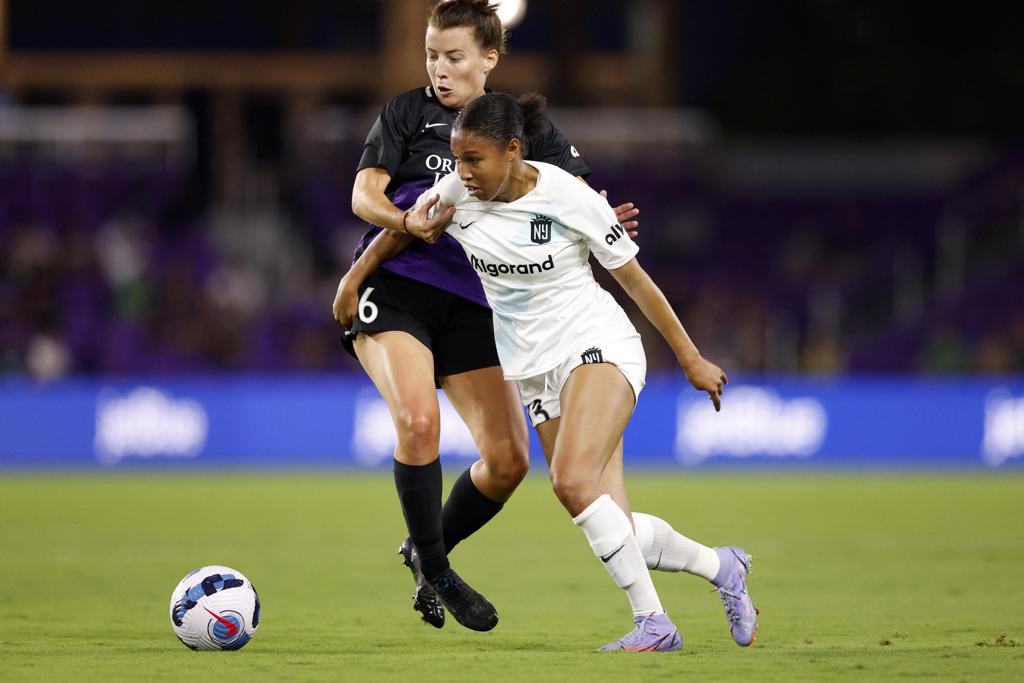 ORLANDO, Fla. - Midge Purce netted a goal in the 86th minute to lift NJ/Gotham FC a 1-0 victory over the Orlando Pride Wednesday evening in Challenge Cup action. The win moves Gotham (1-1-1) into second place in the East with four points.

“We’re still not near where we want to be, but we showed a bit of resilience, showed some fight and defended set pieces and crosses well,” head coach Scott Parkinson said. “Excited to go home with three points and get back to New Jersey for a month.”

The first half saw Gotham get off to a strong start before Orlando made some adjustments and generated more scoring chances in the latter part of the frame.

Off a free kick in the sixth minute, Gotham came up with the first quality chance when Caprice Dydasco slipped a nifty pass to Ifeoma Onumonu, who took a step in from the 18 and blasted a shot that went to the right in the sixth minute. Nahomi Kawasumi  set up another good look in the 16th minute with a great through ball to Paige Monaghan. Monaghan dribbled to the left side of the box for a strike that missed the wide on the far post.

Orlando was held without a shot until the 19th minute, but Sydney Leroux used her speed to apply some pressure on the Gotham back line to help generate some momentum for the Pride. Leroux took a long clear and forced Ashlyn Harris to make a stop in the center of the goal and Orlando built from there.

In the 25th minute, a free kick led to a header chance by Gunnhildur Jónsdóttir that sailed high and Orlando nearly broke the deadlock in stoppage time. Gotham actually had possession in the final third, but one too many passes led to a turnover. Leroux was fed the ball on the clear and streaked down the middle for a shot that Harris had to deflect to set up a corner. Off the set piece, a header went wide to send the game scoreless into the break.

Gotham defended well to begin the second half despite a push from Orlando until Gotham responded with a trio of close calls before finally breaking through.

Purce worked the ball down to the goal line and centered a pass to Mewis who’s close-range shot was knocked down by Anna Moorhouse in the 58th minute. Mewis was in the mix again in the 63rd minute, using her body to fend off a defender and get a prime chance, but her left-footed flick missed the mark. Minutes later, a nice turn upfield left Monaghan one-on-one with Moorhouse. Monaghan found the sweet spot, but Moorhouse was up to the task again.

Ellie Jean set up the tally with a chip feed to Purce down the middle. With Moorhouse charging, the USWNT call-up buried the chance in the open net.

With Orlando pushing forward in the closing moments, Gotham continued to hold strong on the back line and preserved Harris’ first clean sheet with the club.

Gotham FC will play its first home match of the Challenge Cup on Sunday, April 3 against the North Carolina Courage at 3 p.m., sponsored by Avis. Tickets are on sale now and can be purchased by clicking here. Fans can also watch the action live on Paramount+ in the U.S. and on Twitch internationally.