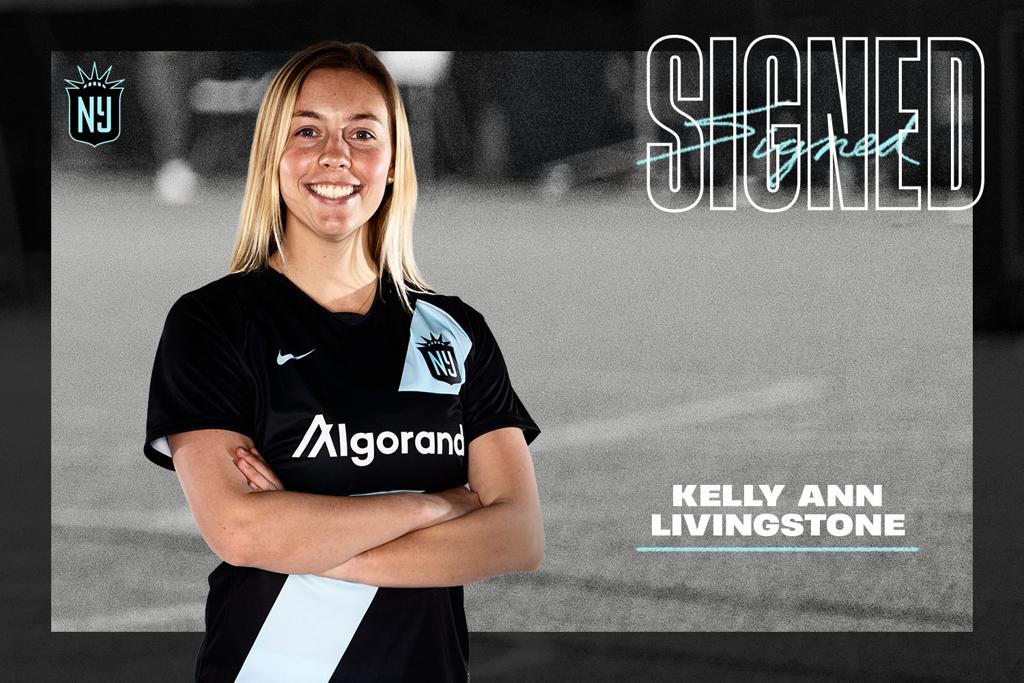 HARRISON, N.J. - NJ/NY Gotham FC signed defender Kelly Ann Livingstone to a one year contract with an option for year two. The move brings the roster up to 26 players.

“Kelly Ann is a New Jersey local and gets what it means to play for this team,” head coach Scott Parkinson said. “She brings that grit we pride ourselves on. She's a tough and hard defender who's great I'm the air and has a lovely left foot. We are excited to see her develop into what we think can be a very good defender in this league.”

Livingstone was taken in the second round with the 24th overall selection in the 2022 NWSL Draft out of Georgetown University. A native of nearby Glen Ridge, New Jersey, Livingstone played for the Gotham FC Reserves last summer and helped the team win the Metropolitan Conference of the Women’s Premier Soccer League with an impressive 9-0 record.

During her career with the Hoyas, Livingstone starred on the back line from 2017-21 and earned All-America and BIG EAST Defender of the Year honors in 2020. Additionally, Livingstone helped the Hoyas win the 2018 BIG EAST Championship where she was named most outstanding player of the conference tournament.

Gotham FC hosts the North Carolina Courage on Sunday, April 3 in its Challenge Cup home opener. Kick off is slated for 3 p.m. at Red Bull Arena. Tickets are available by clicking here. The match will also be broadcast live on Paramount+ in the U.S. and Twitch internationally.