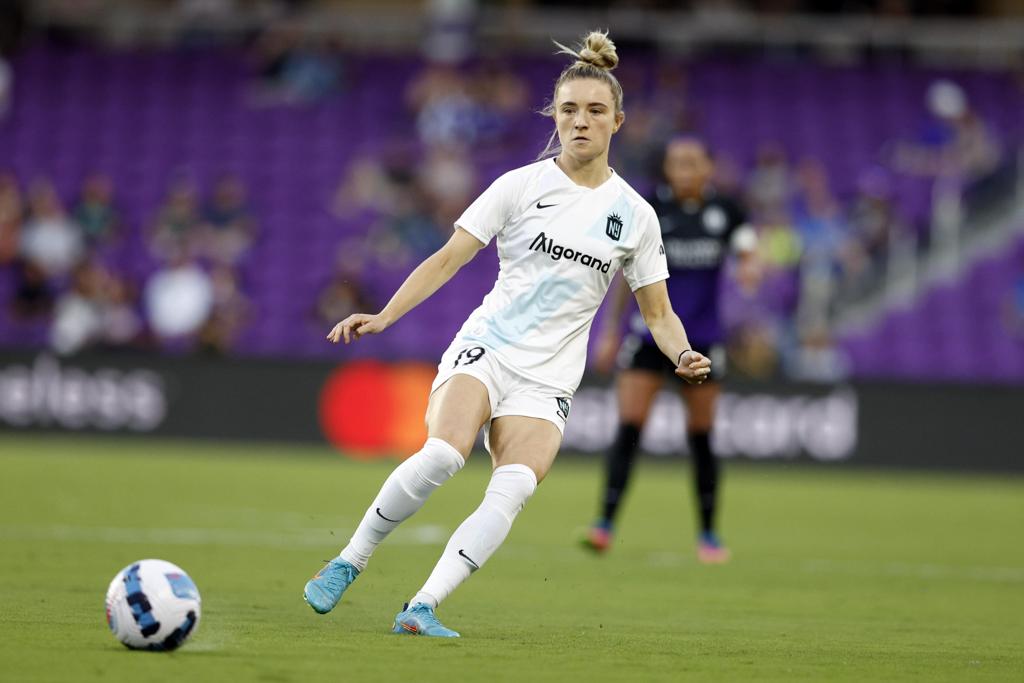 HARRISON, N.J. - After three road games to begin the Challenge Cup, NJ/NY Gotham FC will make its Red Bull Arena debut Sunday, April 3 against the North Carolina Courage. Set for kickoff at 3 p.m. ET, fans can catch the game live on Paramount+ and Twitch internationally.  The match will be presented to Gotham FC fans by Avis.

WHAT YOU NEED TO KNOW
Sunday will be a battle for the top of the East table as the North Carolina Courage come to Red Bull Arena to take on NJ/NY Gotham FC in Challenge Cup action.

Gotham (1-1-1, four points) wrapped up its road swing with a 1-0 win over Orlando on Wednesday, thanks to a Midge Purce strike in the 86th minute. Ashlyn Harris made a pair of saves to earn her first clean sheet with the club.

The Courage, who remain unbeaten in the tournament (2-0-1, seven points), lost a 2-0 lead and settled for a point against Washington Wednesday night. The tie leaves the door open for Gotham to share the top of the table with a win in its home opener.

ALL-TIME AGAINST NORTH CAROLINA
Gotham FC is 4-8-3 all-time against the Courage, but have taken three of the last five matchups. Gotham has scored three or more goals in its last three victories in the series.

In the Challenge Cup opener for both teams on March 19, North Carolina came away with a 2-0 victory. The Courage broke through in the 22nd minute when Brianna Pinto converted a header to the bottom left corner to put her former team in a 1-0 hole. The Courage doubled the advantage in the 51st minute off a corner. Malia Berkely one-touched a pass to Abby Erceg for a shot that snuck under a diving Ashlyn Harris.

DID YOU KNOW?
Gotham has never lost in a Challenge Cup match when scoring first in a match (4-0-1). Additionally, the club is 4-1-2 all-time in the tournament when scoring at least one goal.

Dorsey has one career cap for the U.S., but has featured at various camps during head coach Vlatko Andonovski’s tenure. Mewis and Purce helped the USWNT secure the She Believes Cup title in February and were key players in leading the U.S. to gold. Purce posted an assist and two of her attempts in the offensive zone helped the U.S. secure a 5-0 victory over New Zealand. Purce then showed some instant chemistry with her new Gotham teammate, dishing a low feed to Mewis for the final goal of the tournament against Iceland.

UP NEXT
Gotham FC returns to Red Bull Arena on Sunday, April 17 to take on the Washington Spirit at 3 p.m. ET in Challenge Cup action. Tickets are available by visiting GothamFC.com/tickets.