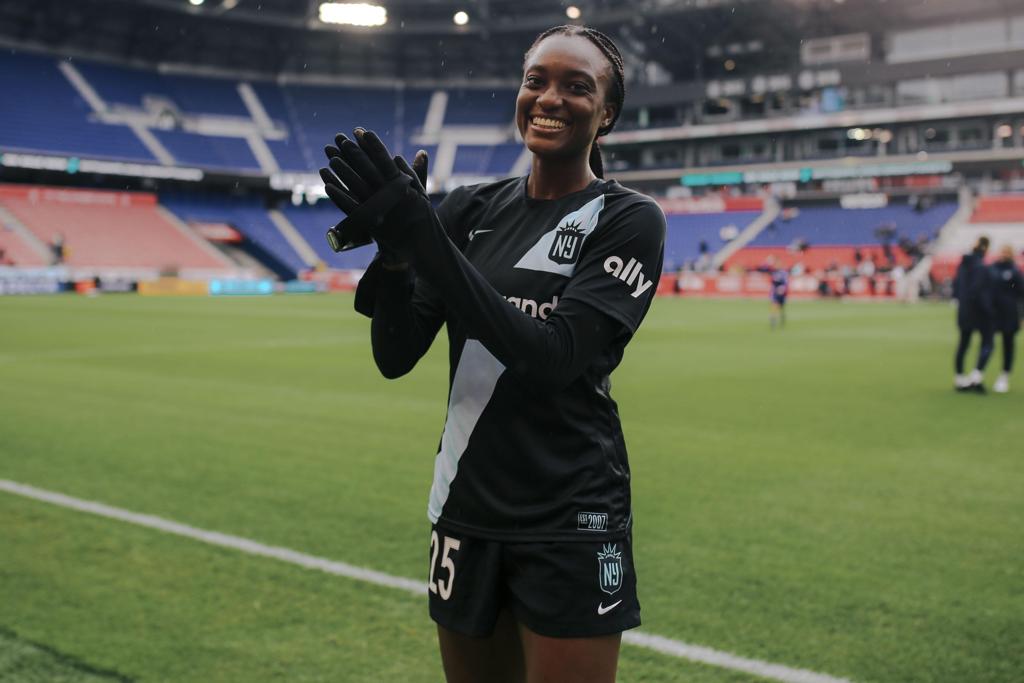 HARRISON, N.J. - NJ/NY Gotham FC’s Ifeoma Onumonu has joined the Nigerian National Team ahead of its friendlies against Canada. Nigeria and Canada will meet on Friday, April 8 and Monday, April 11. Both kickoffs are set for 10:30 p.m. ET in British Columbia.

Onumonu has appeared in three games for Gotham FC in the Challenge Cup, netting a goal in the 84th minute to help the club earn a 1-1 draw against North Carolina on Sunday, April 3. Last year, she netted eight goals and four assists during the regular season, establishing herself as one of the top forwards in the league.

This is Onumonu’s third call-up for the Nigeria Women’s National Team. Most recently, she played for the Super Falcons in the second round of the Women’s African Cup of Nations Qualifying in Late February. A native of Rancho Cucamonga, California, Onumonu appeared for the U-23 U.S. Women’s National Team earlier in her career but elected to represent Nigeria on the senior international level.

Gotham FC returns to action at Red Bull Arena on Sunday, April 17, against the Washington Spirit. Kick-off is set for 3 p.m. ET. Tickets are on sale now and can be purchased by clicking here. Fans can also watch the action live on Paramount+ in the U.S. and on Twitch internationally.