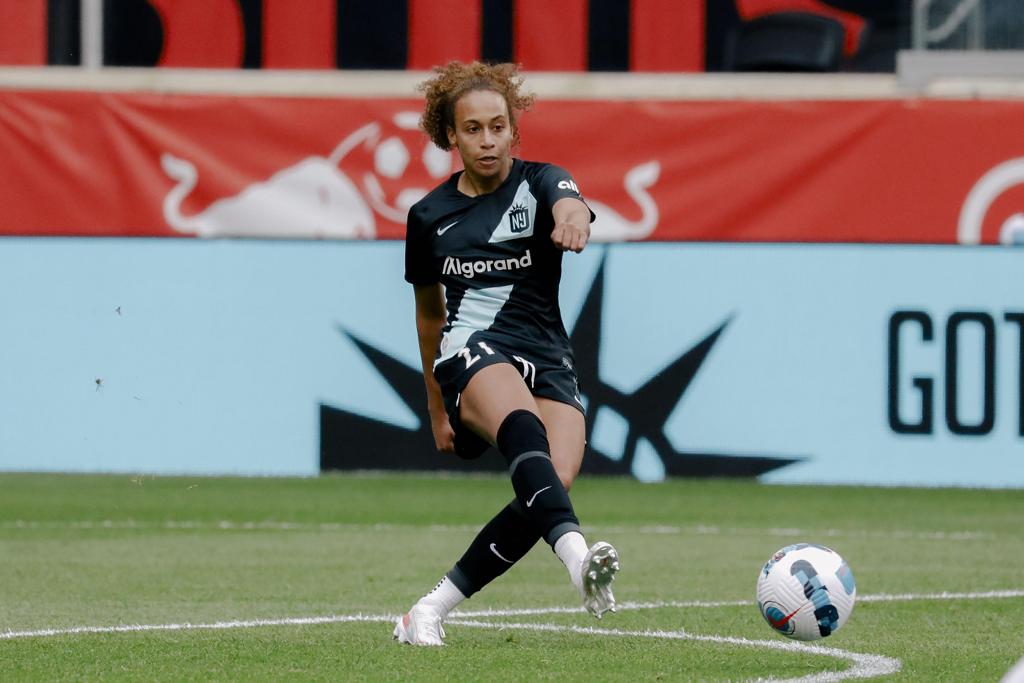 HARRISON, N.J. - NJ/NY Gotham FC returns to Red Bull Arena in its penultimate match of the group stage of the Challenge Cup for an Easter matchup with the Washington Spirit. Kickoff is slated for 3 p.m. ET at Red Bull Arena. Fans can catch the game live on Paramount+ and Twitch internationally.

WHAT YOU NEED TO KNOW
Three points would be key for the club for its chances to reach the semifinals of the tournament.  Gotham FC (1-1-2, five points) comes into the weekend three points behind first-place North Carolina and sit two points back of teams currently in second place in the Central and South tables.

On April 3, Gotham used a late score from Ifeoma Onumonu to earn a 1-1 draw against North Carolina in its first home match of 2022. Michelle Betos made her club debut in goal and made six stops in the match.

Meanwhile, the Spirit picked up their first win of the tournament, a 4-1 draw over Orlando on April 3 to pull within two points of first-place North Carolina.

ALL-TIME AGAINST WASHINGTON
Gotham FC is 9-14-6 all-time against the Spirit but are unbeaten in the last four meetings between the teams (1-0-3).

On March 25, the teams each picked up a point in a physical contest at Segra Field. Kristie Mewis scored on a penalty in the 23rd minute to give Gotham FC the early lead, but Ashley Hatch drew the defending NWSL Champs even with a score 16 minutes into the second frame. Despite Washington going down to 10 players after Amber Brooks was handed a second yellow card in the 65th minute, Gotham FC could not muster the go-ahead tally and settled for the tie.

CLOSING TIME
After Ifeoma Onumonu’s game-tying goal in the 84th minute of Gotham’s 1-1 draw against North Carolina on April 3, five of 15 career goals in NWSL competitions have come after the 80th minute.

GOING INTERNATIONAL
Gotham FC’s Imani Dorsey, Kristie Mewis and Midge Purce were the most recent call ups for the USWNT’s friendlies against Uzbekistan in April. Ifeoma Onumonu also made a pair of appearances for Nigeria against Canada.

Purce and Mewis came on as subs in both contests with Purce netting a goal in a 9-0 win on April 12. Onumonu opened the scoring on April 11, helping the Super Falcons earn a 2-2 draw against the reigning Olympic champions.

UP NEXT
Gotham FC will close out the group stage of the Challenge Cup against the Orlando Pride on Saturday, April 23. Kick-off is set for 7 p.m. ET at Red Bull Arena. Tickets are available by visiting GothamFC.com/tickets.