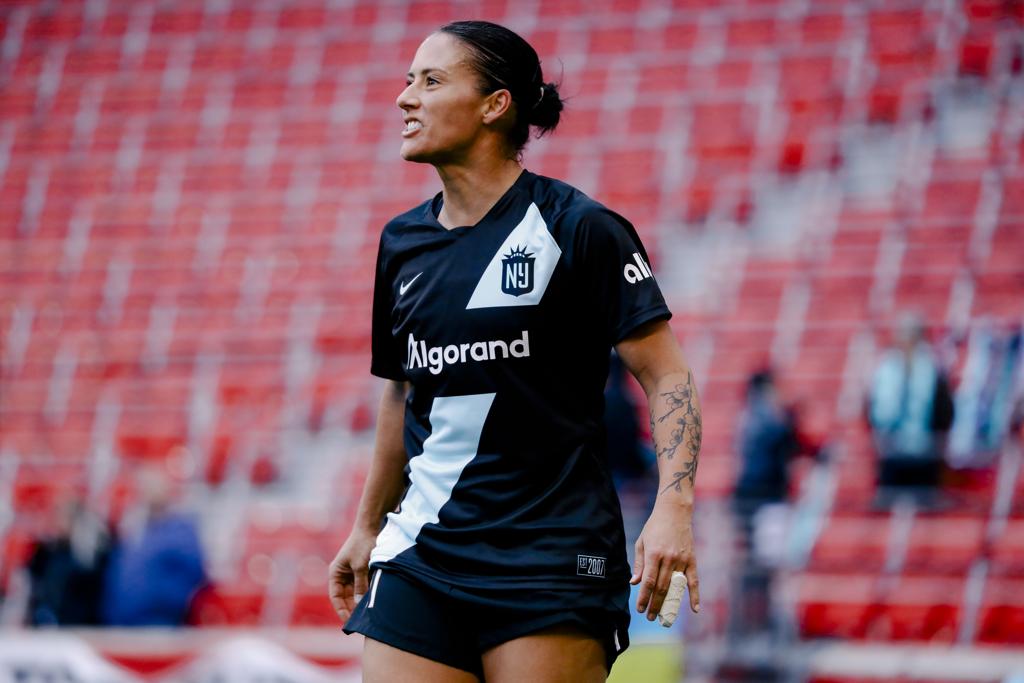 HARRISON, N.J. - NJ/NY Gotham FC will wrap up the 2022 Challenge Cup against the Orlando Pride on Saturday, April 23. Kickoff is slated for 3 p.m. ET at Red Bull Arena. Fans can catch the game live on Paramount+ and Twitch internationally.

Saturday’s match will be presented by Hackensack Meridian Health. At halftime, Gotham FC is proud to welcome HMH Heroes, who will be honored on the pitch.

WHAT YOU NEED TO KNOW
Gotham FC (1-2-2, five points) was topped by Washington, 3-1, on Sunday to eliminate them from advancing in the Challenge Cup. Nahomi Kawasumi netted a quick goal, but the Spirit scored three unanswered to take the road victory.

Orlando received a brace from Darian Jenkins, but fell to North Carolina, 4-2, on Apr. 16. After opening the Challenge Cup with a draw, the Pride have dropped their last four matches and been outscored 10-3.

ALL-TIME AGAINST THE PRIDE
Gotham FC is 6-6-4 all-time against Orlando after Gotham FC took a 1-0 win on the road on March 30. In their two all-time Challenge Cup meetings, Gotham FC has won each match by a 1-0 score.

In the last five meetings, Gotham FC is 3-1-1 against Orlando with the one loss coming at Red Bull Arena (0-1) last August.

UP NEXT
Gotham FC begins the 2022 regular season in Orlando to take on the Pride on Sunday, May 1. Kick-off is set for 7 p.m. ET at Exploria Stadium and can be viewed live on Paramount+ in the U.S. and Twitch internationally.