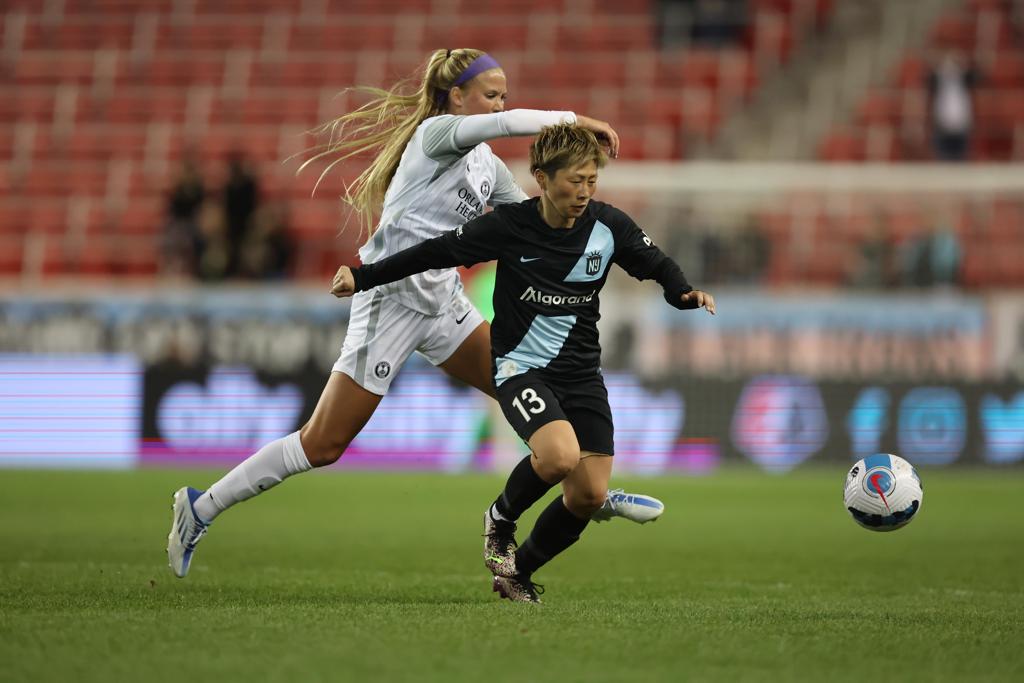 HARRISON, N.J. - NJ/NY Gotham FC finished the Challenge Cup with a 1-1 draw against the Orlando Pride on Saturday night. After falling behind, 1-0, Kristie Mewis knotted things up with her second penalty kick score of the tournament in the 45th minute.

Gotham FC closed the Challenge Cup with a 1-2-3 (six points) record to finish third in the East grouping.

“I think we have so much potential this group,” head coach Scott Parkinson said. “I think it’s just about building those partnerships and inching forward. I think we’ll be very good. We wish we had some better results in the Challenge Cup, but I’m looking forward to the regular season.”

Orlando’s score came straight off a corner when Angharad James lofted one that was headed in by Gunnhildur Jónsdóttir in the 10th minute.

After fairly level play for much of the period, Gotham FC started to increase the pace towards the end of the half. Gotham FC played a ball to Ifeoma Onumonu, who was tripped up in the box in the 45th minute. Mewis stepped up and calmly sank the try with a left-footed strike to equalize at 1-1.

In stoppage time, Onumonu just missed putting her side on top. The forward fended off a defender and pushed a shot just to the left of the frame as the teams stayed level at the midway point.

Gotham FC continued to build momentum in the second half and controlled the stat-sheet, holding a decisive edge in possession, quality chances and crisp passing. However, Gotham FC could not get another one past Orlando to take the extra two points.

“Once we started swinging around a couple passes and connecting two or three in a row changed the game for us,” Parkinson noted. “In the first half, we were trying to do things too quickly. So, switching the ball and getting it forward created so much for us. We did a better job and settled in for the second half.”

Kumi Yokoyama had her finest match in her brief tenure with the club, generating a trio of quality attempts and displayed good chemistry with countrymate Nahomi Kawasumi throughout.

Orlando did find open space in the 64th minute, forcing Ashlyn Harris to make her biggest save of the night on Kerry Abello. On the restart, McCall Zerboni slipped a perfect lead pass to Onumonu for a breakaway, but goalkeeper Kaylie Collins charged out to break up the shot attempt just seconds later.

As play continued in Gotham FC’s final third, Paige Monaghan sliced an attempt from the left wing that rang off the woodwork in 78th minute for another glorious chance. Monaghan also connected with Cameron Tucker in the 87th minute, who was fresh off the bench, for a try that was also just off the mark as the teams remained deadlocked.

Next up, a rematch between the sides on Sunday, May 1 in Orlando to begin the 2022 regular season. Kick-off is slated for 7 p.m. on Paramount+.