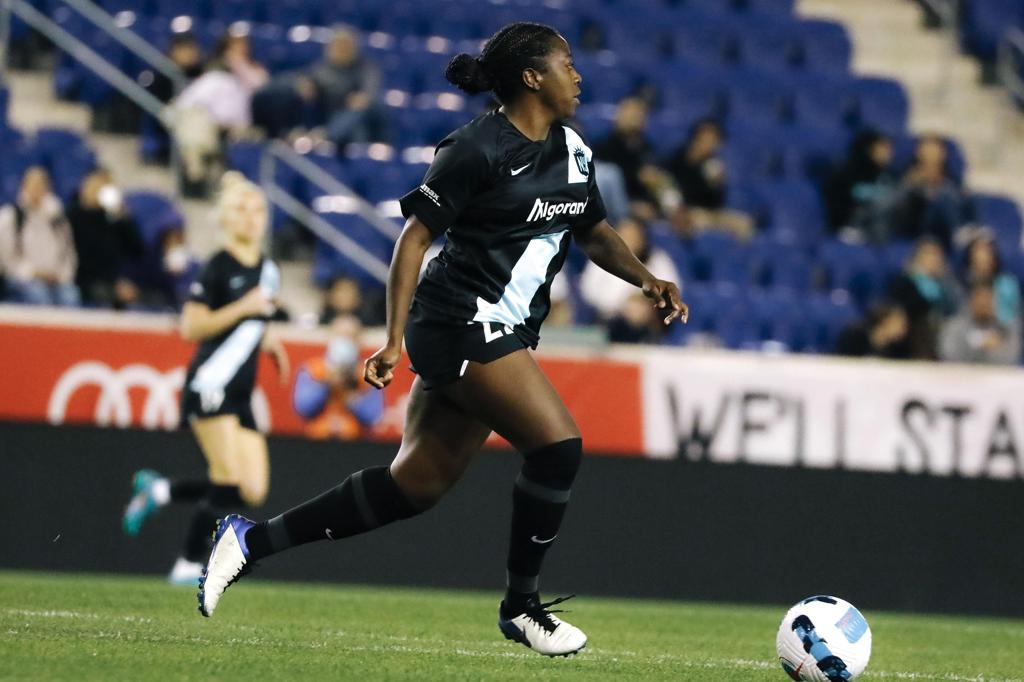 HARRISON, N.J. – For the second consecutive week and third time in just over a month, NJ/NY Gotham FC will take on the Orlando Pride to begin the 2022 NWSL regular season. The teams will meet on Sunday, May 1 at Exploria Stadium for a 7 p.m. matchup. Fans can catch the game live on Paramount+ and Twitch internationally.

WHAT YOU NEED TO KNOW
Last week, the teams drew 1-1 at Red Bull Arena to close the Challenge Cup. The Pride netted an early goal off a set piece before Kristie Mewis equalized on a penalty kick in extra time of the first half.

Sunday will mark the first time Gotham FC will face an opponent twice in a row since 2017 when it had a home-and-home set with Portland in June of that season.

ALL-TIME AGAINST THE PRIDE
Gotham FC is 6-6-5 all-time against Orlando.

In the last six meetings, Gotham FC is 3-1-2 against Orlando with the one loss coming at Red Bull Arena (0-1) last August.

ONE IS THE LONELIEST NUMBER
Gotham FC has scored exactly one goal in each of its last five matches and has failed to score multiple goals in any of its last 10 matches in all competitions. They are 1-3-6 during that span. That is the second longest such streak in team history (in all competitions), bested only by a 14-game run that spanned the 2014 and 2015 seasons.

A LEGEND RETURNS
NJ/NY Gotham FC welcomed Carli Lloyd back to the club as a minority owner on April 27. The USWNT legend played for the club from 2018-21 and made over 100 NWSL regular season appearances. Internationally, she was a two-time World Cup Champion and Olympic gold medalist who racked up 125 goals and 60 assists.

Lloyd is the second addition to the ownership group after Kristin Bernert and Karen Bryant, co-founders of the consulting firm KB2 Sports, on March 15. They will join Tammy Murphy, Ed Nalbandian and Steven Temares.

UP NEXT
Gotham FC will remain on the road for its first trip to San Diego on Saturday, May 7. Kick off is slated for 10 p.m. ET at Torrero Stadium. The contest can be seen live on Twitch in the U.S. and internationally.