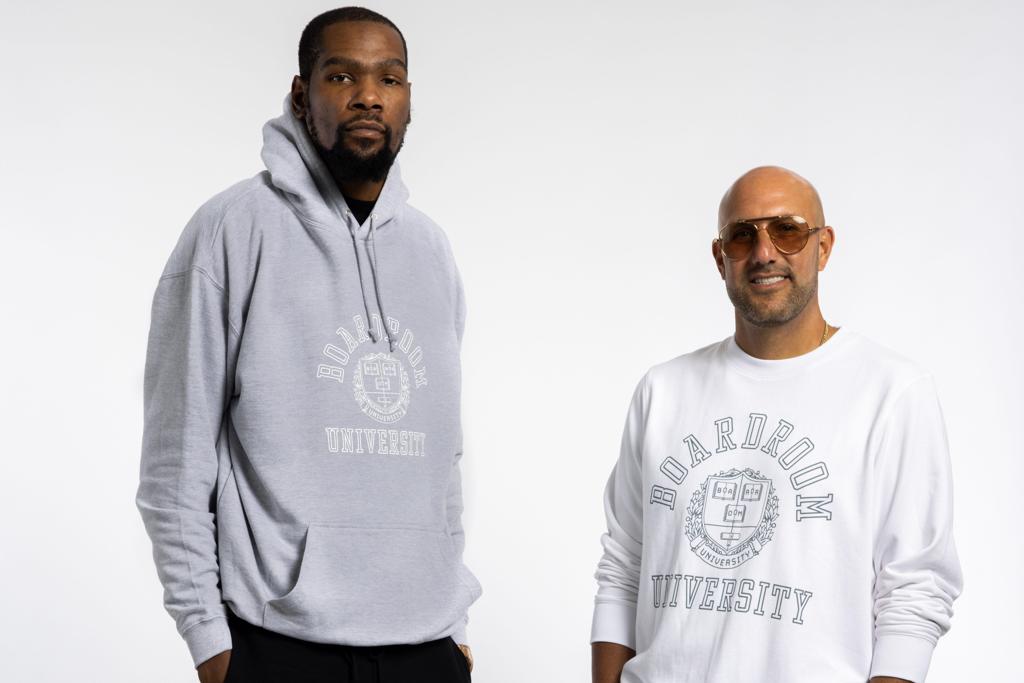 HARRISON, N.J. – NJ/NY Gotham FC of the National Women’s Soccer League (NWSL) announced that Thirty Five Ventures (35V), co-founded by two-time NBA Champion Kevin Durant and entrepreneur Rich Kleiman have joined as minority investors of the club. Since March, 35V has been the third group of investors to take a stake in the franchise, joining fellow minority owners Kristin Bernert and Karen Bryant in March and Carli Lloyd in April.

“As a New York-based company, the opportunity for us to partner with a forward-thinking team like Gotham FC was a no brainer,” said 35V co-founder Rich Kleiman. “There’s been so much growth in the NWSL in recent years, and the chance to be a part of that growth and work directly with the Gotham FC executive team and players is really exciting,”

The investment includes additional partnership elements such as content creation, social media support, player relations, and community outreach. This follows 35V’s previous partnerships in women’s sports, including an investment in media network Just Women’s Sports and a strategic partnership with pro sports league Athletes Unlimited, where Durant and Kleiman serve as board members. It is also the company’s second investment in a professional soccer team after acquiring an ownership stake in Major League Soccer’s Philadelphia Union in June 2020.

“Bringing in Kevin, Rich, and 35V as investors is a huge statement about the positive trajectory of our club,” said Tammy Murphy, Club Chair, Gotham FC. “The level of enthusiasm they’ve displayed has been above and beyond anything we could have anticipated. We have tremendous aspirations this year both on and off the field and, together with 35V’s support and resources, we’re going to make sure New Jersey and New York hear all about it!”

“This is another big step forward for our franchise,” said Ed Nalbandian, Managing Owner, Gotham FC. “Kevin and Rich are two of the most influential people in sports and their work in the business and entertainment world and their significant investment in Gotham FC illustrates the potential of our club. They will be tremendous resources to the club across multiple areas and we’re excited to welcome them to the Gotham FC family.”

Gotham FC will host its first home match of the 2022 season at Red Bull Arena on May 14 against Brazilian superstar Debinha and the North Carolina Courage. Kick-off starts at 7 p.m. EST and tickets can be purchased by visiting GothamFC.com.

ABOUT NJ/NY GOTHAM FC
Based in New Jersey, Gotham FC plays its NWSL home matches at Red Bull Arena in Harrison. The club has been part of the NWSL since its inception in 2012. Founded in 2007, the team made its debut as Jersey Sky Blue in the W-League of United Soccer Leagues. It won its first trophy in 2009 after winning the inaugural Women’s Professional Soccer championship. Most recently, the Club won its first NWSL playoff match since 2013 during the 2020 NWSL Challenge Cup. In April of 2021, Sky Blue FC made a dramatic shift with a new brand identity becoming NJ/NY Gotham FC. The name, logo, and colors were selected after extensive fan involvement and will guide the club into the future with bold international ambitions.