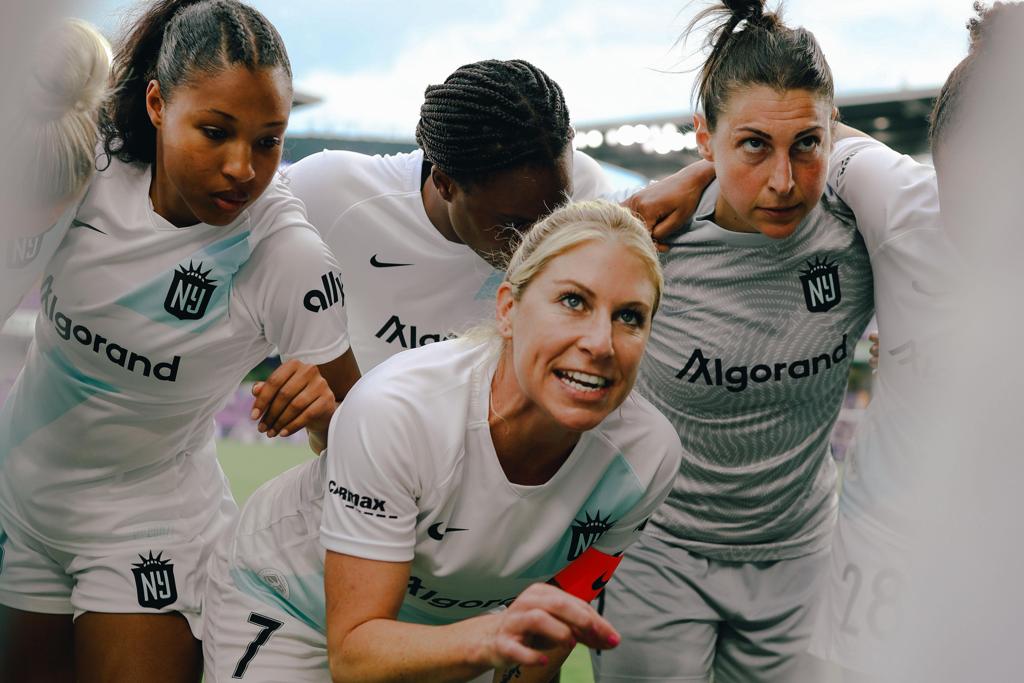 HARRISON, N.J. – NJ/NY Gotham FC will look to build off the success of a season-opening win when the club takes on the expansion San Diego Wave for the first time Saturday, May 7. The match is slated for 10 p.m. ET and can be seen on Twitch in the U.S. and internationally.

WHAT YOU NEED TO KNOW
Both squads picked up wins in their season openers last weekend. Gotham FC topped Orlando by a score of 3-0 off goals from McCall Zerboni, Midge Purce and Kristie Mewis.

Ali Krieger was named Budweiser Player of the Match after an oustanding performance that included 12 clearances to help Ashlyn Harris post her 21st career shutout in goal.

San Diego topped Houston, 1-0, thanks to a goal from Jodie Taylor in the 86th minute for the franchise’s first regular season victory.

OPENING STATEMENT
Gotham FC’s 3-0 victory over Orlando was its largest margin of victory in a season opener in club history.

WE’RE STILL STREAKING
Dating back to the end of last season, Gotham FC is unbeaten in their last nine matches (4-0-5), which is the longest active streak in the NWSL and longest in team history.

MAKING HERSTORY
Margaret Purce scored in Gotham FCs season opener for the second consecutive season. She is the only player in team history to score in multiple season openers for the club. The strike was her 10th career regular season goal with Gotham FC, putting her eighth on the franchise’s all-time list.

A FAMILIAR FACE IN A NEW PLACE
San Diego goalkeeper Kailen Sheridan will face Gotham FC for the first time as an opponent after spending five seasons with the club from 2017-21. She is the franchise’s all-time leader in games started (80), shutouts (14) and saves (353).

The investment includes additional partnership elements such as content creation, social media support, player relations, and community outreach. This follows 35V’s previous partnerships in women’s sports, including an investment in media network Just Women’s Sports and a strategic partnership with pro sports league Athletes Unlimited, where Durant and Kleiman serve as board members. It is also the company’s second investment in a professional soccer team after acquiring an ownership stake in Major League Soccer’s Philadelphia Union in June 2020.

UP NEXT
Gotham FC opens its regular season home slate on Saturday, May 14 against the North Carolina Courage. Kick-off is set for 7 p.m. ET. Tickets can be purchased by visiting GothamFC.com/tickets.