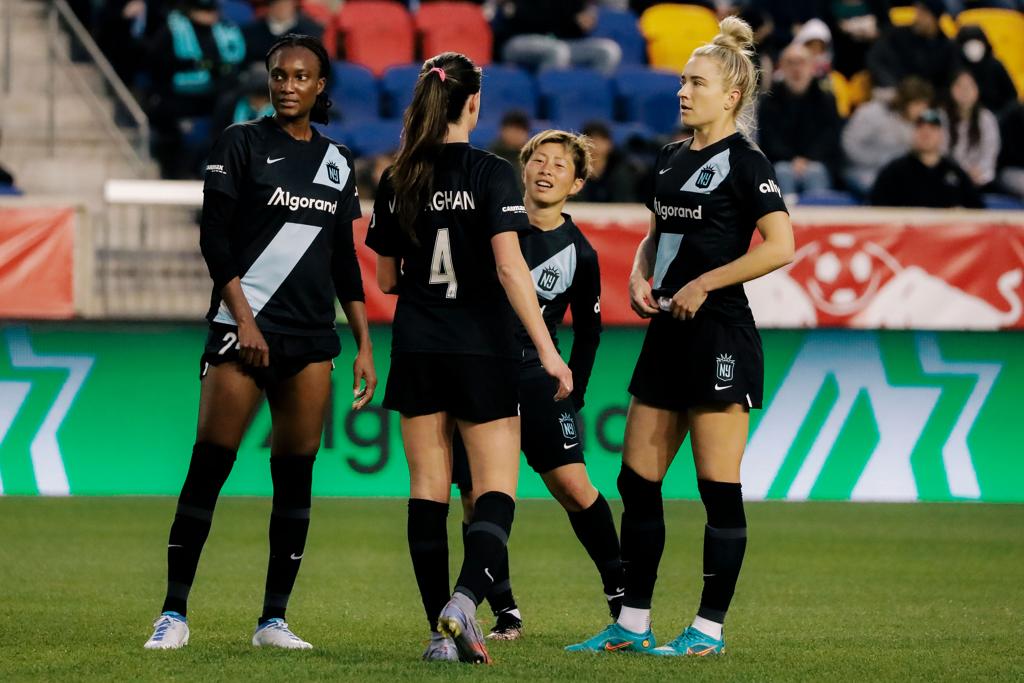 HARRISON, N.J. – NJ/NY Gotham FC will host the North Carolina Courage Saturday, May 14, at 7 p.m. at Red Bull Arena in its home regular season opener. The first 3,000 fans in attendance will receive a rally towel where they can represent either New Jersey or New York.

The game can be seen live on Paramount+ in the U.S. and on Twitch internationally.

WHAT YOU NEED TO KNOW
Gotham FC and North Carolina will meet up for the third time since the start of the Challenge Cup when the Courage come to Red Bull Arena Saturday.

Gotham FC will aim to bounce back from a 4-0 defeat at San Diego last Saturday. Alex Morgan scored all four goals to lead the Wave to a win in their home opener.

North Carolina claimed the 2022 Challenge Cup trophy with a 2-1 victory over Washington on May 7. With the score knotted at the half, an own goal off a corner kick proved to be the game-winner to give the Courage the crown.

The Courage, who were unbeaten in the tournament (5-0-3), were led by Challenge Cup MVP Debinha. The Brazilian notched five goals and an assist in eight matches.

THE MATCHUP
Gotham FC is 4-8-4 all-time against North Carolina, including a 1-1 draw in the last meeting at Red Bull Arena on April 3. Debinha scored on a free kick just outside the box in the first half and held the better chances for much of the match. However, Gotham FC rallied in the final 15 minutes and drew level on Ifeoma Onumonu’s header in the 84th minute to take a point in Challenge Cup action.

HOME SWEET HOME
Gotham FC is 3-3-2 in its previous eight NWSL regular season home openers. Last season, the club beat Houston, 1-0, in its first home opener at Red Bull Arena almost exactly one year ago. Gotham FC began playing at RBA in 2019 and moved in full-time in 2020. In all competitions, Gotham FC is 4-4-9 at the venue.

MILESTONES AHEAD
Goalkeeper Ashlyn Harris is already the all-time NWSL leader in saves, but with 495 stops she is just five away from reaching 500 for her career. Additionally, captain McCall Zerboni is slated to play in her 170th regular season NWSL contest, which is two behind the all-time leader Lauren Barnes.

UP NEXT
Gotham FC will remain at Red Bull Arena next Sunday, May 22 when Racing Louisville FC comes to town for AAPI/Youth Night, presented by Saker Shop Rite. Tickets can be purchased by visiting GothamFC.com/tickets.

The game will also be aired live on Paramount+ in the U.S. and Twitch internationally.