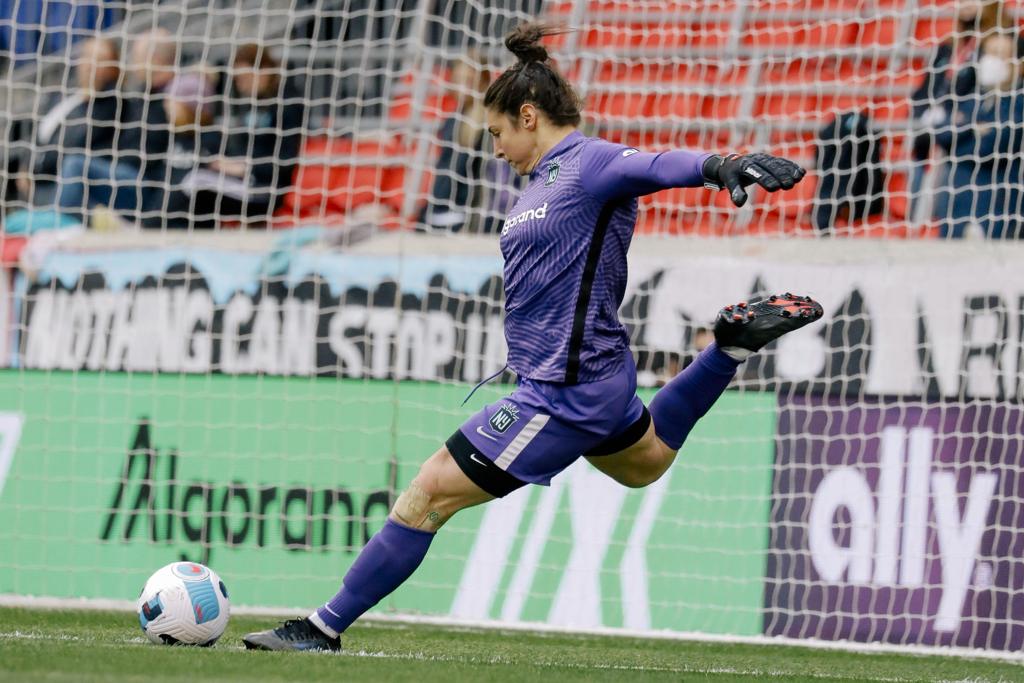 HARRISON, N.J. – After last week’s postponement, NJ/NY Gotham FC is set to host Racing Louisville FC Sunday, May 22 at Red Bull Arena. Kickoff is set for 5 p.m. ET and can be seen on Paramount+ in the U.S. and Twitch internationally.

WHAT YOU NEED TO KNOW
Gotham FC will play for the first time in 15 days after COVID-19 issues within North Carolina's personnel forced last weekend’s originally scheduled home opener to be postponed. A makeup date has not yet been announced by the NWSL.

Racing Louisville is coming off a 1-0 victory over San Diego Wednesday night. Savannah DeMelo provided the lone score in the 27th minute off a free kick to claim its first win of the season.

FIT TO BE TIED
Each of the previous four matches between the two clubs have finished in a draw. After a scoreless draw in the Challenge Cup action, the next three contests were all 1-1 decisions during the regular season.

Last August at Red Bull Arena, Louisville’s Nadia Nadim struck early in the 13th minute against her former side before Ifeoma Onumonu equalized in the 83rd minute.

HOME SWEET HOME
Gotham FC is 3-3-2 in its previous eight NWSL regular season home openers. Last season, the club beat Houston, 1-0, in its first home opener at Red Bull Arena almost exactly one year ago. Gotham FC began playing at RBA in 2019 and moved in full-time in 2020. In all competitions, Gotham FC is 4-4-9 at the venue.

MILESTONES AHEAD
Goalkeeper Ashlyn Harris is already the all-time NWSL leader in saves, but with 495 stops she is just five away from reaching 500 for her career. Additionally, captain McCall Zerboni is slated to play in her 170th regular season NWSL contest, which is two behind the all-time leader Lauren Barnes.

UP NEXT
Gotham FC heads back to the west coast for its first meeting with Angel City FC on Sunday, May 29 for an 8 p.m. ET contest. The game can be seen live Paramount+ in the U.S. and Twitch internationally.