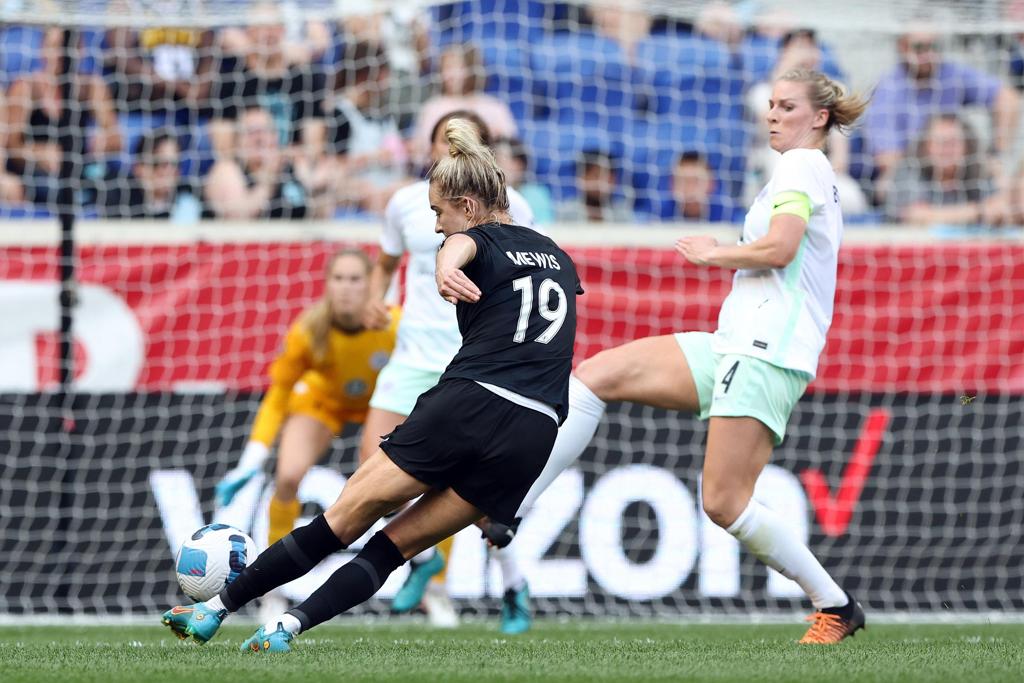 HARRISON, N.J. - NJ/NY Gotham FC suffered a 1-0 defeat to Racing Louisville FC Sunday event. After Lauren Milliet’s goal in the 13th minute, Gotham FC (1-2-0, three points) had the higher quality off chances, but hit the woodwork five times and never broke through as it suffered its second consecutive defeat.

“When we play forward and with pace and speed, we seem to cause teams more problem,” head coach Scott Parkinson said. “(Racing Louisville) is really good in transition and we were trying to overplay. Which means when we didn’t play it right, it led to chances for them. In the second half, we went a little bit longer. We turned them around a little bit more. We took a little more territory up the field and got further away from our goal. (Hitting the crossbar five times) is unfortunate, but what I told the team as corny as it sounds, is you make your own luck.”

Louisville turned an innocent looking play into a threat when a nice forwarding feed by Cece Kizer to Jessica McDonald, who quickly led it to Milliet, who’s chip shot went off the bar down into the net to give her team the lead.

From there, it was Gotham FC who created many chances. In the 29th minute, Nahomi Kawasumi charged up the field and passed to a streaking Ifeoma Onumonu, but couldn’t quite settle the ball before Katie Lund pounced on it to deny the opportunity.

Kawasumi showed some creativity again in the 30th minute off a bouncing ball off a corner. Her one-timer through the air was punched over the top by Lund, leading to another corner. On the restart, Estelle Johnson had a chance that went just wide.

Krisite Mewis then had a trio of golden tries that were just a hair of the mark. A free kick from just outside the box was punched into the crossbar and out of play in the 43rd minute and on the restart, Mewis hit nearly the identical spot. Just before the half, Mewis made a slick pass to Onumonu, who dropped it back to Kawasumi from around the 18. Kawasumi’s had time and space, but fired one into the belly of Lund in the 45th minute.

Then Just before the half, Mewis chased down a long pass from Caprice Dydasco and fired one last try up high to send the teams into the locker room.

Gotham FC continued to control most of the action in the second half, however, they rang two more chances off the crossbar in the final 10 minutes before the final whistle.

Gotham FC will make its second trip to the west coast when it takes on Angel City FC on Sunday, May 29. Kickoff is slated for 8 p.m. ET and can be seen live on Paramount+ in the U.S. and Twitch internationally.