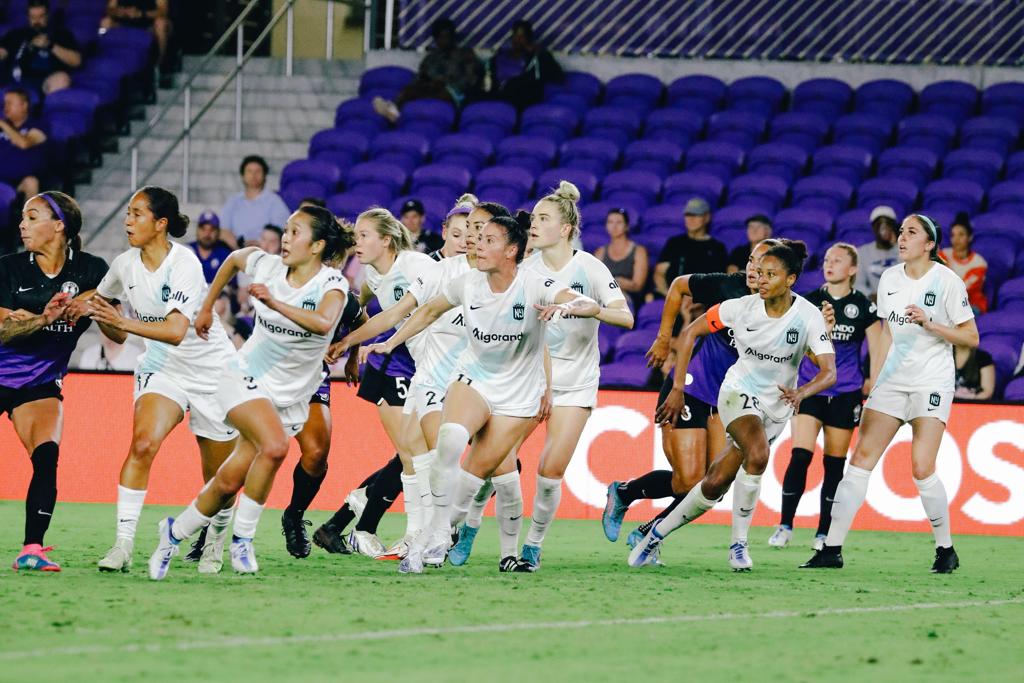 HARRISON, N.J. – NJ/NY Gotham FC will make its second trip to California this month when it takes on Angel City FC Sunday, May 29 in Los Angeles. Match time is set for 8 p.m. ET at Banc of California Stadium and can be seen on Paramount+ in the U.S. and Twitch internationally.

WHAT YOU NEED TO KNOW
Gotham FC fell 1-0 to Racing Louisville on Sunday as it dropped its second consecutive match. After Lauren Milliet's early goal, Gotham FC hit the crossbar five times as they could not come up with an equalizer.

Since 2016, it was the most times a team had hit the woodwork in an NWSL match with Gotham FC having never done so more than twice in a single game in that time.

Angel City is coming off consecutive 1-0 wins over Washington and Kansas City and have allowed just two goals this season. ACFC is one of three teams to concede two or fewer goals in their first four games in 2022 (Houston and San Diego), which is the most such teams in a single NWSL season.

TACKLE THAT
McCall Zerboni had a game-high seven tackles against Louisville. Since 2016, Zerboni has 15 league games with at least seven tackles, which is nine more such games than any other player in NWSL.

GOING INTERNATIONAL
Ifeoma Onumonu is the latest member of Gotham FC to earn an international call-up after being named to Nigeria's 32-person training roster ahead of the Africa Cup of Nations Tournament in July.

Onumonu also made a pair of appearances for Nigeria against Canada in April and opened the scoring in the second of two friendlies to help the Super Falcons earn a 2-2 draw against the reigning Olympic champions.

Imani Dorsey, Kristie Mewis and Midge Purce were the most recent call ups for the USWNT’s friendlies against Uzbekistan in April. Purce and Mewis came on as subs in both contests with Purce netting a goal in a 9-0 win on April 12.

UP NEXT
Gotham FC will return to action at Red Bull Arena Saturday, June 4, to take on the Washington Spirit for Pride Night. Kickoff is set for 7 p.m. ET. Tickets for the match can be purchased by visiting www.gothamfc.com/Tickets. Fans can catch also catch all the action live on Twitch in the U.S. and internationally.