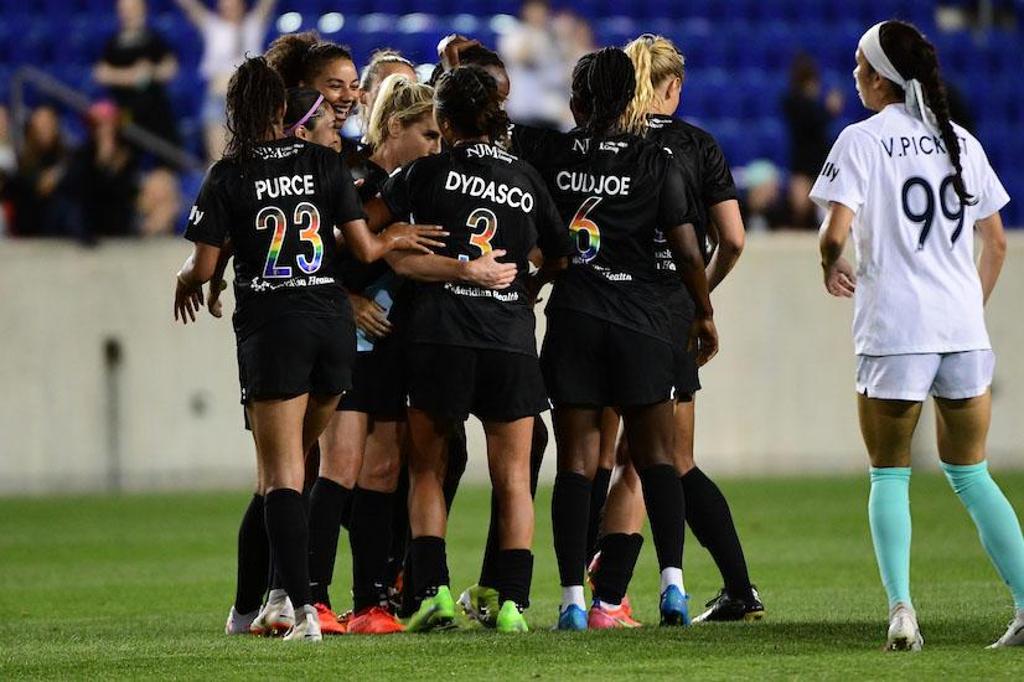 The first 3,000 fans will receive Gotham FC pride bracelets and pride merchandise collection will also be on sale.

Gotham FC will also be dropping its first NFT.

The set will represent the club’s commitment to five social impact partners. All proceeds will be donated directly to those partners, kicking off with a Pride NFT with funds going directly to Athlete Ally, a nonprofit LGBTQI+ athletic advocacy group.

Gotham FC’s first NFT will be available at the club’s Pride Night match for $10. Additionally, Gotham FC will match proceeds for the first 200 NFTs sold.

WHAT YOU NEED TO KNOW
It will be the 31st match between Washington Spirit (1-1-3, 6 points) and Gotham FC (2-2-0, 6 points) in all NWSL competitions (Challenge Cup, Fall Series, regular season, and playoffs). Gotham FC has won 17 of those. It's the second most played fixture in all NWSL competitions, trailing only the Thorns against the Reign (33).

The last time out, Ifeoma Onumonu scored in the 57th minute in Gotham FC’s 1-0 win over Angel City on Sunday. It was the first time Gotham FC had scored a goal after halftime this season.  Meantime, the Spirit are winless in their last five games after winning its regular-season opener.

500 CLUB
Ashlyn Harris made NWSL history on Sunday night, recording her 500th career save in the NJ/NY Gotham FC’s 1-0 win over Angel FC, where she had six saves to record a clean sheet.

STRONG CONNECTIONS
Midge Purce delivered her second league assist since joining Gotham with both coming on goals scored by Onumonu. Of Purce’s nine regular-season goals scored as a member of Gotham FC, three of them have been assisted on Onumonu with no other player having more than one assist on Purce goals.

UP NEXT
Gotham FC will hit the road to take on KC Current on Saturday, June 11. The kickoff is set for 8:30 p.m. ET.  Fans can also catch all the actioCLOSEn live on Paramount+ in the U.S. and Twitch internationally.