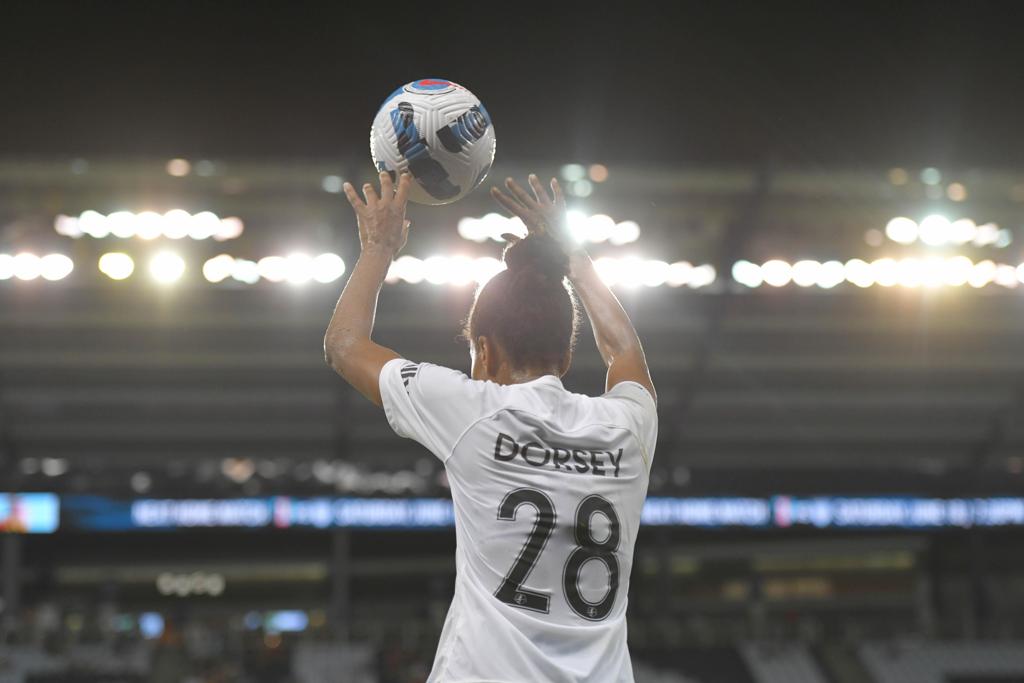 KANSAS CITY, Mo. – On a hot and humid evening at Children’s Mercy Park, Kristen Hamilton provided the only score in a 1-0 victory for the Kansas City Current over NJ/NY Gotham FC on Saturday night. Strong goalkeeping play highlighted an entertaining match with Michelle Betos turning away seven shots and her counterpart Cassie Miller making four saves.

“We just didn’t finish our chances,” head coach Scott Parkinson said. “We created enough (and didn’t capitalize). Performance wise, I’m proud of the team. Coming to a tough place to play and be on the front foot and do some nice stuff for the majority of the game. I’m not disappointed in the effort but I feel for the team. I think coming out of here with a point would have been fair.”

The first half was a fairly evently matched affair with Gotham FC, stringing together 11 shots in the frame and forcing Miller to make a handful of tricky saves. Defensively, Gotham FC was solid in its own, highlighted by a clean slide tackle from behind by Imani Dorsey in the 11th minute, and limited Kansas City from posting many high-danger opportunities.

Gotham FC picked up on the attack beginning in the 24th minute when Midge Purce slow-played a corner from the top of the box and getting off an attempt that glanced off the fingers of Miller.

Kansas City’s only real close call came in the 36th minute when a perfectly lofted feed led to a header from Kate Del Fava at the six that went wide of the frame.

Towards the end of the period, Ifeoma Onumonu took a fortunate bounce off a Current player’s shin guard and was able to lead Paige Monaghan into the scoring area. Monaghan had space and time, however, Miller tipped the try to force the ball off the post as the teams went into the break scoreless.

KC were the aggressors coming out of the break, charging forward and forcing the Gotham FC backline to make plays. The defense continued to make plays and Betos stepped up for another key stop in the 64th minute, kicking her leg out to deny a streaking Elyse Bennett down the middle of the pitch.

The breakthrough came in the final 10 minutes when Izzy Rodriguez worked her way down the left side and dropped a pass back to Hamilton, who placed it perfectly to the right side of the net to provide the game winner.

Gotham FC returns to Red Bull Arena to wrap up the regular season series with Alex Morgan and the San Diego Wave on Sunday, June 19. Kickoff is set for 4 p.m. ET. Tickets are available by visiting www.GothamFC.com/tickets. The game will be nationally televised on CBS and streamed live on Twitch internationally.