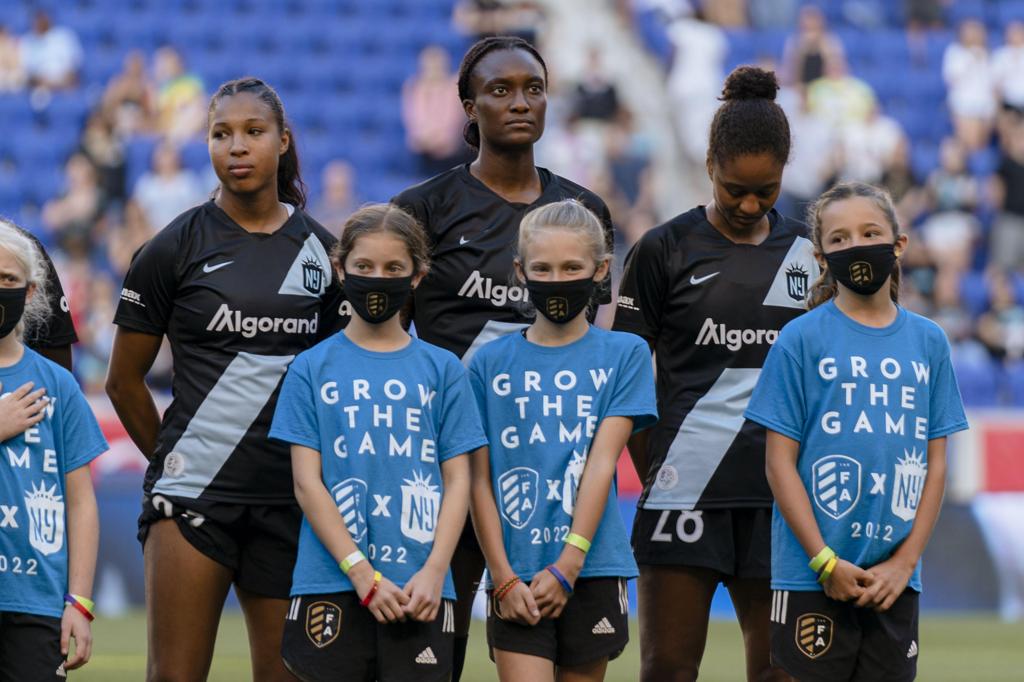 HARRISON, N.J. – NJ/NY Gotham FC will welcome the San Diego Wave to Red Bull Arena for a Juneteenth contest that can be seen live on CBS. The Wave, and the NWSL leading goal scorer Alex Morgan, come into the match at the top of the table (4-2-3, 15 points). Kickoff is slated for 4 p.m.

The official pregame party will open at 1:30 p.m. in the Biergarten at Red Bull Arena and will feature a live DJ, food, drinks and merchandise for purchase.

There will be a special live performance of Lift Every Voice and Sing by Broadway performer Tanesha Gary prior to kickoff.

Each fan in attendance will receive a poster upon exiting the arena.

It's only the second meeting between the teams, with San Diego taking the first match.

Gotham FC will look to win consecutive home matches for the first time in a season since Aug. 2017 after ending its six-match winless streak in home competitions with a 1-0 win over Washington on Jun. 4.

NJ/NY Gotham FC has five players that have been selected for internationally duty for the upcoming window at the end of June and July.

Midfielder Kristie Mewis and forward Midge Purce will be with the USWNT for this summer’s upcoming June friendlies against Colombia and the CONCACAF Women’s Championship.

Ifeoma Onumonu (Nigeria) and Estelle Johnson (Cameroon) are slated to represent their countries at the Africa Cup of Nations Tournament in July.

Additionally, Taryn Torres was tabbed for the USWYNT U-23 team for a

pair of friendlies in Sweden. Torres and the U.S. will take on India on June 25 before facing the Swedes on June 29.

Gotham FC recorded back-to-back shutouts for the fifth time in franchise history after Ashlyn Harris and Michelle Betos recorded clean sheets against Angel City FC and Washington Spirit, respectively. The last time the franchise had back-to-back shutouts were the first two matches of the 2021 season. The longest shutout street is four games, occurring in May of 2013.

Defender Gina Lewandowski announced she would be retiring July 2 after Gotham FC's hosts the Chicago Red Stars on at Red Bull Arena. The kickoff is set for 7 p.m. After playing with Germany's Bayern Munich in Frauen-Bundesliga, Lewandowski signed with Sky Blue FC in 2019, and has made 42 appearances. She represented the U.S. Women's National Team, making one appearance in 2015.

"I am excited to shift gears and move into the next chapter of my life, but until then I will continue to dedicate myself to my teammates, my blub and the game that I love," Lewandowski said in an Instagram post to announce her retirement.

UP NEXT
Gotham FC host the Chicago Red Stars after the international break on Saturday, July 2, at 7 p.m. Tickets for the match can be purchased by visiting www.gothamfc.com/Tickets. Fans can catch also catch all the action live on Paramount+ in the U.S. and Twitch internationally.