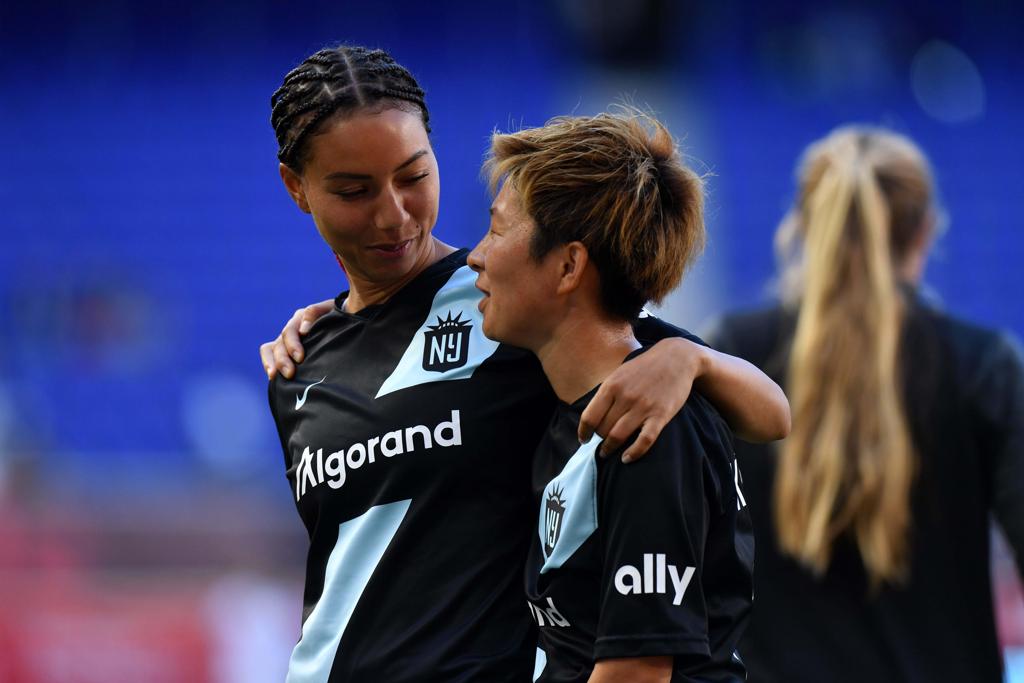 HARRISON, NJ – Alex Morgan scored twice and had an assist to lead the the San Diego Wave past Gotham FC as the home succumbed to the NWSL's top team 3-0 in a celebration of Juneteenth at Red Bull Arena.

Gotham FC (3-4-0) had an early push and got its first shot on goal when Ifeoma Onumonu took a one-timer strike that San Diego Wave (5-2-3, 18 points) keeper Kailen Sheridan stifled in the seventh minute of the first half.

After turnover inside their own zone, Alex Morgan connected on a shot in the 19th minute to give the San Diego Wave a 1-0 lead.

“We obviously want to continue to be the team that we want to be whether we get it right or wrong,” defender Ali Krieger said. “We’re going to continue to build out the backend and do that with confidence.

"Unfortunately, just didn’t go our way on that clearance…But from then on, we did everything as a team whether we do it right or wrong, and we’re going to support each other in that and always have each other’s back, so it’s no one individual mistake. It’s a team effort.”

In the 39th minute, Ifeoma Onumonu had a nice shot while falling to the ground, where the ball hit the bottom of the right post and caromed out of the goal rather than in. San Diego Wave would make it 2-0 on Morgan’s second goal when she had a nice touch on a centering pass from Sofia Jakobsson in the 43rd minute.

Midge Purce had a nice look at the goal early in the second half, missing just wide left in the 50th minute. Morgan would have a nice crossing pass to Makenzy Doniak in the 68th minute to make it 3-0.

“A lot of it’s just regrouping, whether it’s rest or it is a certain skill that we need to work on, functional work and I think it gives us a really good time for small group training as well as defensive/offense finishing,” Caprice Dydasco said. “We’re heading in the right direction. I know the season is long and we see little steps we’re taking. And we just got to keep building on top of them and we can’t be discouraged by this loss.”

The team returns to Red Bull Arena to host the Chicago Stars on July 2. Kickoff is set for 7 p.m. ET. Tickets are available by visiting www.GothamFC.com/tickets. The game will be aired on Paramount+ and streamed live on Twitch internationally.