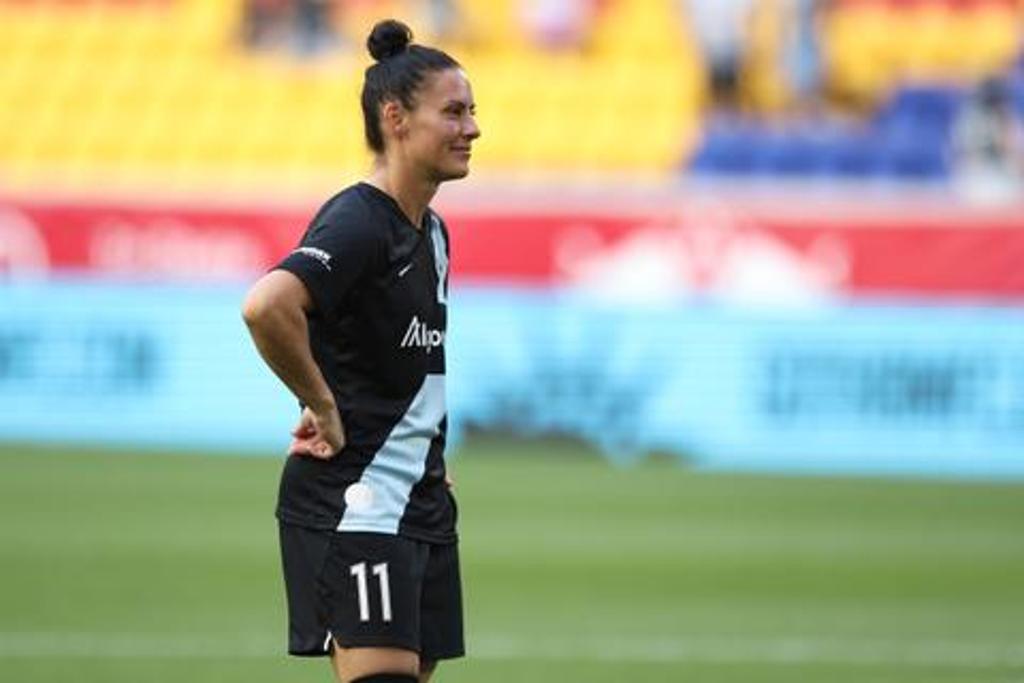 PORTLAND, OR – With a rejuvenated offensive attack, NJ/NY Gotham FC looks to continue its road success when they travel cross country to take on Portland Thorns FC at Providence Park at 10:30 p.m. ET in the first game of the season series.

Gotham FC ended a three-game losing streak with a 2-1 away win over Racing Louisville. Three of Gotham’s four wins this season have come on the road, which is tied with San Diego and Houston for most in NWSL in 2022, and the most by the team through five road games since winning four in NWSL’s inaugural season of 2013.

Forward Paige Monaghan scored her first goal of the season last match, while new teammate Taylor Smith ended a 74-game goalless drought with the game-winning goal for Gotham in the game against Louisville. Smith’s last NWSL goal prior to Friday was in a 7-1 win with the Western New York Flash against the Boston Breakers on June 24, 2016, a gap of 2204 days. Smith was acquired off waivers from NC Courage on June 24.

Defender Ali Krieger is set to appear in her 150th NWSL match when NJ/NY Gotham FC plays at the Portland Thorns on Saturday, July 16. She ranks 10th all-time in games played in NWSL history.

A graduate of Penn State University, Krieger has more than 100 appearances for the U.S. Women’s National Team. She was a member of three U.S. World Cup teams (2011, 2015, and 2019), winning two FIFA World Cups during her tenure (2015 and 2019).  During the 2015 tournament, Krieger helped anchor one of the best defensive performances in World Cup history when the U.S. defense recorded five shutouts and held opponents scoreless for 540 consecutive minutes.

NJ/NY Gotham FC started the season playing in eight straight games that ended in clean sheets for one side, with Gotham going 3-5 in those games. That streak is now over after Gotham won 2-1 at Racing Louisville FC on July 8.

Reining NWSL Defender of the Year Caprice Dydasco (and 2022 ESPY nominee for Best NWSL Player) set the club record for consecutive regular-season appearances against the Chicago Red Stars on July 2. She passed Sarah (Killion) Woldmoe, who had the previous record with 48 straight appearances. The game against Racing Louisville FC on July 8 will be her 50th straight appearance.

NJ/NY Gotham FC has five players that have been selected for international duty for the upcoming window at the end of June and July.

Midfielder Kristie Mewis and forward Midge Purce are with the USWNT for the CONCACAF Women’s Championship. Purce posted a goal for the U.S. in its debut against Haiti on July 4, her fourth career international tally. Mewis scored vs. Jamaica on July 7 to net her sixth international goal. She netted her seventh international goal to breakthrough for USWNT late in the Group Final vs. Mexico on July 11, giving her squad a 1-0 win to advance to the CONCACAF Women's Championship semifinal round.

Ifeoma Onumonu (Nigeria) and Estelle Johnson (Cameroon) are representing their countries at the Africa Cup of Nations Tournament. Johnson netted her first international goal on July 6 against Togo. Onumonu scored her first international goal on July 7 vs. Botswana. In the semifinals on July 14, the Gotham FC teammates squared off with the Nigerian squad claiming a 1-0 victory to qualify for the World Cup, thanks in part to an assist on the lone tally from Onumonu.

Additionally, Taryn Torres was tabbed for the USWYNT U-23 team for a

pair of friendlies in Sweden. Torres and the U.S. will take on India on June 25 before facing the Swedes on June 29.

UP NEXT
Gotham FC will have two weeks off before hosting the Houston Dash on Sunday, July 31 at 5 p.m. ET. Tickets for the match can be purchased here. Fans can catch all the action live on Paramount+ in the U.S. and Twitch internationally.