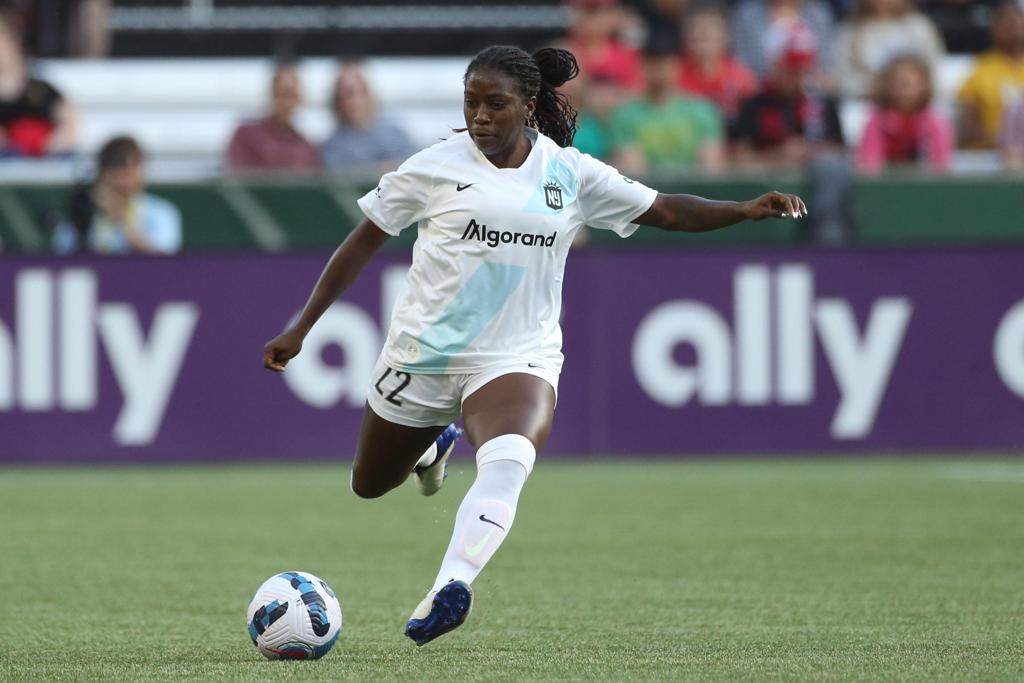 PORTLAND, Ore. – Portland struck three times in the opening 12 minutes and had five different goal scorers in a 5-0 victory over NJ/NY Gotham FC Saturday night. The defeat spoiled a milestone night for defender Ali Krieger, who appeared in her 150th career NWSL contest.

“There were moments where we were not playing terribly, but the other team was clearly dominant in big moments and took big chances,” said head coach Scott Parkinson. “We were trying to limit their attack and push, but we couldn’t do that. It’s a good time for a week off and we’re excited to get home and off the road.”

The Thorns took advantage of the first opportunity of the night, using a corner kick to set up the opening goal. On the initial strike, the ball was headed right to the foot of Taylor Porter, just outside the 6-yard box, who placed it into the far corner in the fifth minute.

Moments later, Portland doubled the advantage when Yazmeen Ryan fed Olivia Moultrie from just outside the box for a perfect strike into the upper right corner. With momentum still on their side, the Thorns tacked on another score in the 11th minute when Morgan Weaver slipped a centering feed to a wide-open Marissa Everett, who buried the chance to make it a 3-0 contest.

Gotham FC picked up the pace after the early flurry and generated its first real threat in the 34th minute after Paige Monaghan was tripped up just outside the box. The initial set piece was headed away, but Caprice Dydasco kept the play alive and dropped the ball back to Imani Dorsey, who’s shot had to be turned away by a diving Bella Bixby to keep the visitors off the scoreboard.

Portland came out buzzing to start the second half and tacked on another insurance goal when Hannah Betfort headed one home in the 65th minute and Morgan Weaver capitalized on a turnover deep in the Gotham FC area to cap the scoring in the 80th minute.

Gotham FC will return to Red Bull Arena on Saturday, July 31 to take on the Houston Dash for Women’s Empowerment Night, presented by CarMax. Kickoff is slated for 5 p.m. ET.

Tickets for the contest and all Gotham FC home games are available and can be purchased by clicking here. Fans can also catch the action live on Paramount+ in the U.S. and Twitch internationally.