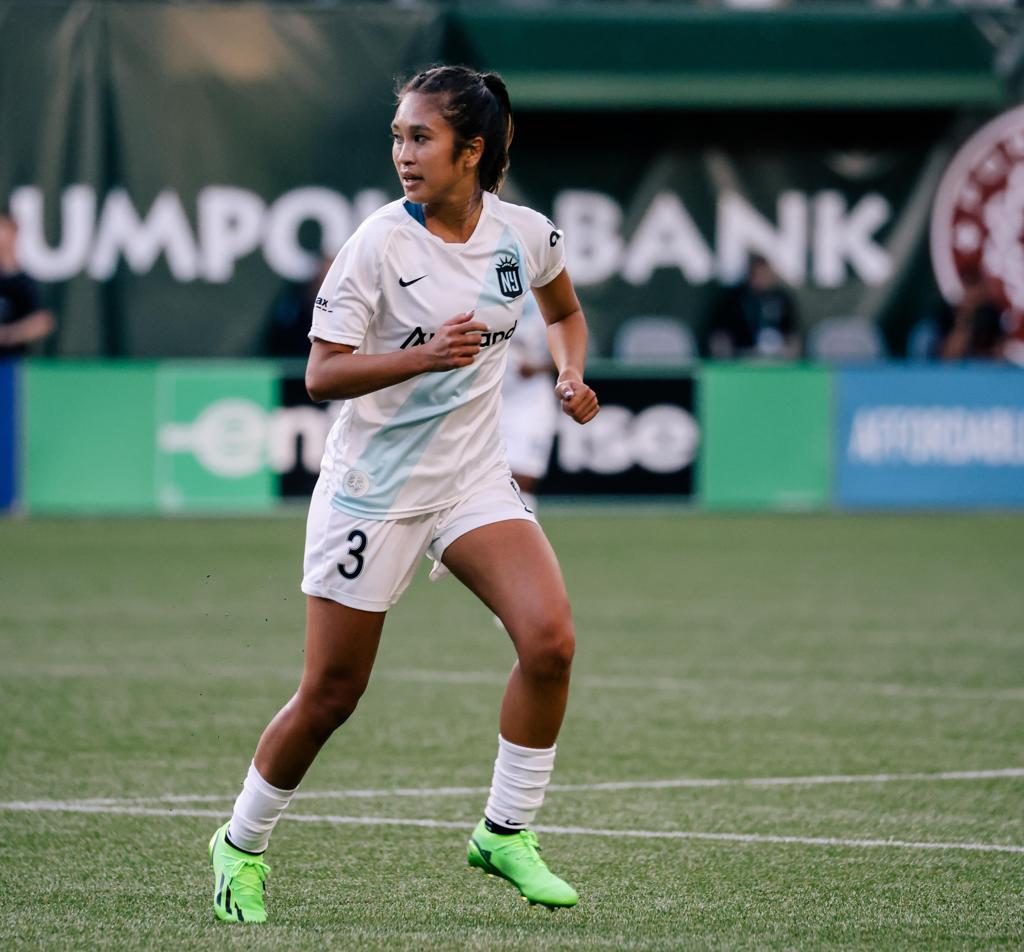 HARRISON, N.J. – NJ/NY Gotham FC returns after a two-week break to host the Houston Dash at Red Bull Arena on Sunday at 5 p.m. in the team's first game at home in nearly a month, celebrating Women’s Empowerment and Title IX Celebration, presented by CarMax.

NJ/NY Gotham FC returns after a two-week break to host the Houston Dash at Red Bull Arena on Sunday at 5 p.m. It's the team's first home game in nearly a month as the club hosts Women's Empowerment Night.

The day will kick off with a pre-game fan fest presented by CarMax from 2:30-4:30 in the Gotham FC Garten located next to Gate B1 at Red Bull Arena. The event will feature a live DJ, a fan “FITS” photo opportunity, temporary Gotham FC tattoos, an “InspHERation” station where fans can write postcards to their favorite players or other important women in their lives, and flower crowns for the first 150 people in attendance.

NJ/NY Gotham FC had five players that have been selected for international duty that are set to return.

Ifeoma Onumonu (Nigeria) and Estelle Johnson (Cameroon) represented their countries at the Africa Cup of Nations Tournament. Johnson netted her first international goal on July 6 against Togo. Onumonu scored her first international goal on July 7 vs. Botswana. In the semifinals on July 14, the Gotham FC teammates squared off with the Nigerian squad claiming a 1-0 victory to qualify for the World Cup, thanks in part to an assist on the lone tally from Onumonu.

Additionally, Taryn Torres was tabbed for the USWYNT U-23 team.

Purce leads Gotham with two goals and two assists, while Mewis and Onumonu each have a goal and assist.

A graduate of Penn State University, Krieger has more than 100 appearances for the U.S. Women’s National Team. She was a member of three U.S. World Cup teams (2011, 2015, and 2019), winning two FIFA World Cups during her tenure (2015 and 2019).  During the 2015 tournament, Krieger helped anchor one of the best defensive performances in World Cup history when the U.S. defense recorded five shutouts and held opponents scoreless for 540 consecutive minutes.

NJ/NY Gotham FC started the season playing in eight straight games that ended in clean sheets for one side, with Gotham going 3-5 in those games. That streak is now over after Gotham won 2-1 at Racing Louisville FC on July 8.

Reining NWSL Defender of the Year Caprice Dydasco (and 2022 ESPY nominee for Best NWSL Player) set the club record for consecutive regular-season appearances against the Chicago Red Stars on July 2. She passed Sarah (Killion) Woldmoe, who had the previous record with 48 straight appearances. The game against Racing Louisville FC on July 8 was her 50th straight appearance.

UP NEXT
Gotham FC will begin a three-game road swing, first traveling to Chicago to take on the Red Stars on Sunday, Aug. 7 at 6 p.m. Fans can catch all the action live on Paramount+ in the U.S. and Twitch internationally.