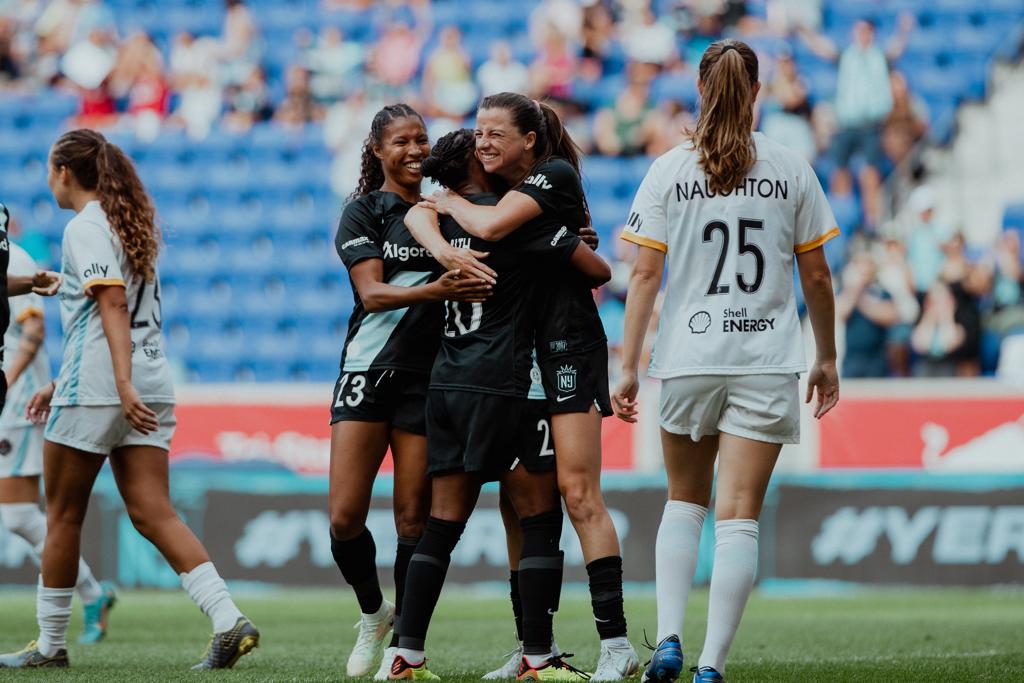 HARRISON, NJ – NJ/NY Gotham FC returned from the international goal with a quick score, but fell to the Houston Dash 4-2 on Sunday at Red Bull Arena.

Gotham FC struck first off a goal from Paige Monaghan off an assist from Taylor Smith for a one-timer shot and a 1-0 lead in the fourth minute for her second goal of the season. Monaghan had a chance at another goal of a Kristie Mewis pass on a set piece but couldn’t connect.

Midge Purce hit the post on the 15th minute off a pass from Monaghan before Houston Dash tied it up at 1-1 in the 18th minute on an own goal. Monaghan floated a shot right over the crossbar off a ricochet in the 22nd minute.

In the 36th minute, a goal by Shea Groom made it 2-1, the score heading into the break.

“The way we're playing is okay, we're doing okay, we're doing all right,” coach Scott Parkinson said. “And then one thing can just derail us and really just knock us off our vibe and on off what we're trying to do.

Smith had a nice attack in the 53rd minute before being stifled near the net.

Sophie Schmidt would score in the 70th minute to extend the lead to 3-1, before a penalty shot by Emily Salmon made it 4-1.

Midge Purce would take a fast break the whole way and finish for her third goal of the year to make it 4-2 in the 82nd minute.

“Houston's very physical,” Purce said, adding, “I felt the defender all over my back and I dummied it went down, ran…cut to my left and chipped it, which I had been working on with Hensley [Hancuff], one of our goalkeepers all week actually from that exact angle. So I definitely went up to her and gave her a great thank you how because she had helped me with it after practice all week.”

Gotham FC will return to take on the Chicago Red Stars at SeatGeek Stadium on Aug. 6. Kickoff is slated for 6 p.m. ET. Fans catch the action live on Paramount+ in the U.S. and Twitch internationally.