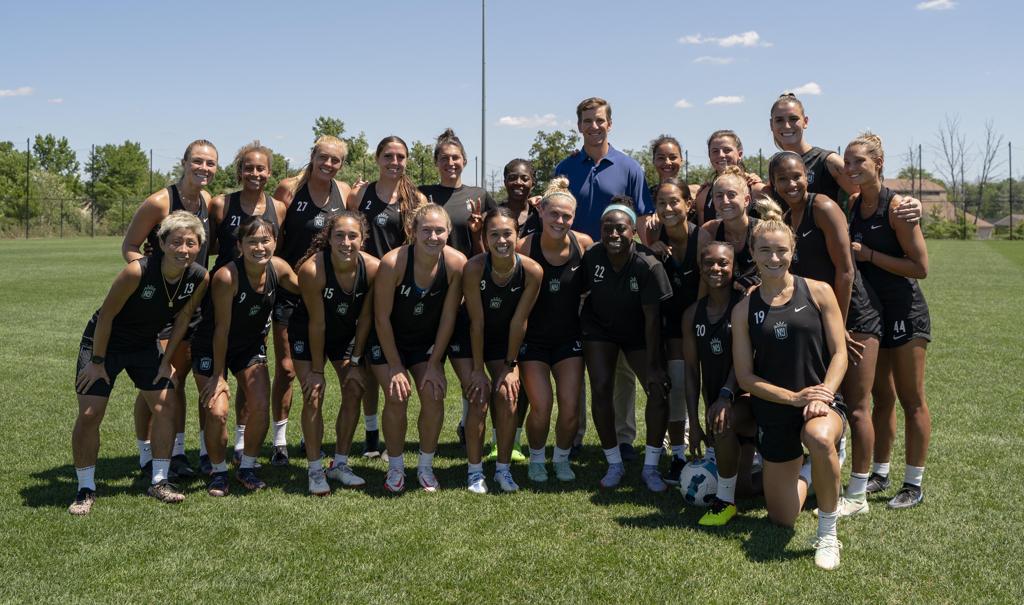 “I have lived and worked in this community for almost two decades,” said Manning. “It’s home to me, and Gotham FC is my family’s favorite soccer club. Combine that with the organization’s strong leadership, talented roster, and sustained growth, and it became clear that joining this great group was a fantastic opportunity.”

Guelli said, “I’ve spent my career developing and elevating sports brands, and I’m confident Gotham FC is on the verge of becoming a pillar of the New Jersey and New York sports market. This club has assembled talented and dedicated ownership group, and I look forward to offering my perspective as we work together to build something special.”

Drafted first overall in the 2004 NFL Draft, Manning retired from football in January of 2020 after a remarkable 16-season career with the New York Giants. He is a two- time Super Bowl champion and MVP who holds the Giants’ franchise records for passing yards, touchdown passes, and completions. In 2016, Manning won the Walter Payton Man of the Year Award for spearheading Hackensack University Medical Center’s “Tackle Kids’ Cancer” and other children’s health initiatives.

“Eli is known for the positive and influential impact he has on our communities,” said Club Chair Tammy Murphy. “His legendary work-ethic, drive for success, and passion for giving back to the community will be tremendous assets for our club. Pete brings a depth of sports acumen that will bolster all we are working to achieve. It’s my honor to welcome them both to the Gotham FC family.”

Guelli has more than two decades of experience as a professional sports executive. Prior to joining the Giants, Guelli spent 11 years with the NFL’s Buffalo Bills and was the EVP, Chief Operating Officer of the NBA’s Charlotte Hornet. During his decade with Hornets, Guelli oversaw the transformation of the team’s business model including the return of the historic Hornets brand.

“Having two people with track records like Eli and Pete recognize the value of our club and the strength of our brand speaks volumes about Gotham FC’s upward trajectory,” said Managing Owner Ed Nalbandian. “Their investment, influence, and additional resources will allow us to be even more successful on and off the field.”