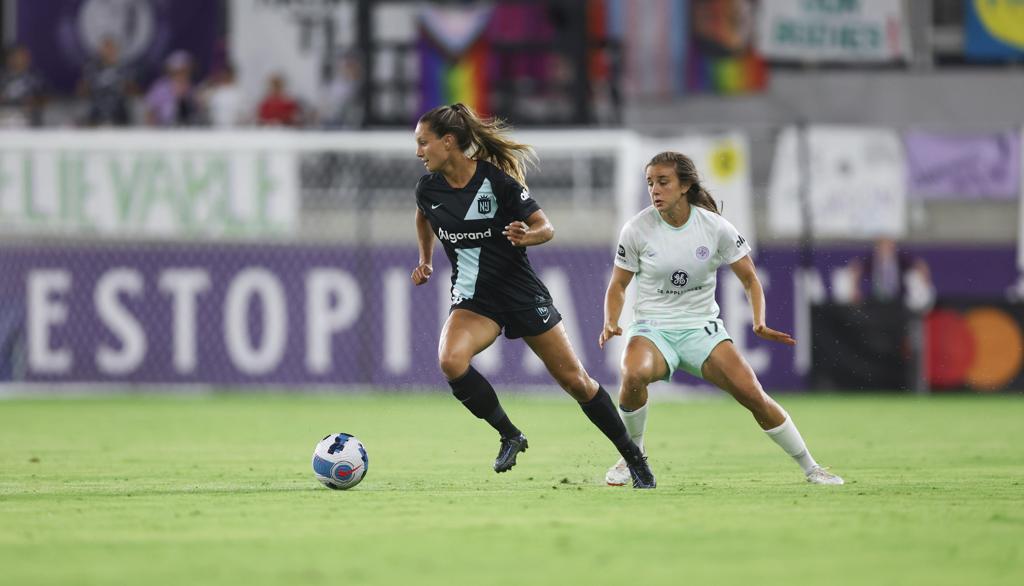 Bike was originally released following her NTRP stint but was signed to a senior contract this week.

“We are very happy to be able to add Jenna to our roster,” General Manager Yael Averbuch said. “In her time with the club, she has consistently contributed positively to the team environment, and we are excited to watch her continue to grow as a player."

Gotham FC had four players (Estelle Johnson – Cameroon, Ifeoma Onumonu – Nigeria, Kristie Mewis/Midge Purce – U.S.) representing their countries during the July World Cup qualifiers. Bike was signed for the international window in June and July, making three appearances during the international break. She played 45 minutes, on July 2 vs. Chicago, six minutes on July 8 at Louisville, and 30 minutes on July 16 at Portland.

“I am so pleased for Jenna. She’s worked her socks off for this. Not just in our training but all of her career,” head coach Scott Parkinson said. “She’s a runner and a battler, and shows great quality in attack. She’s exactly the type of player we want to represent us at Gotham FC. “

Bike was invited to preseason camp and is a product of Boston College, where she was a two-time captain. Bike was a force for the Eagles, registering 18 goals and 15 assists in 89 games played from 2016-21. The Trumbull, Connecticut, native also led Boston College in shot attempts in her final two seasons with the program.

Gotham FC is back in action Sunday, August 7 at Chicago Red Stars. Kickoff is slated for 6 p.m. ET at SeatGeek Stadium. Fans can also catch all the action live on Paramount+ in the U.S. and Twitch internationally.

Tickets for upcoming home games are available by visiting GothamFC.com/tickets.