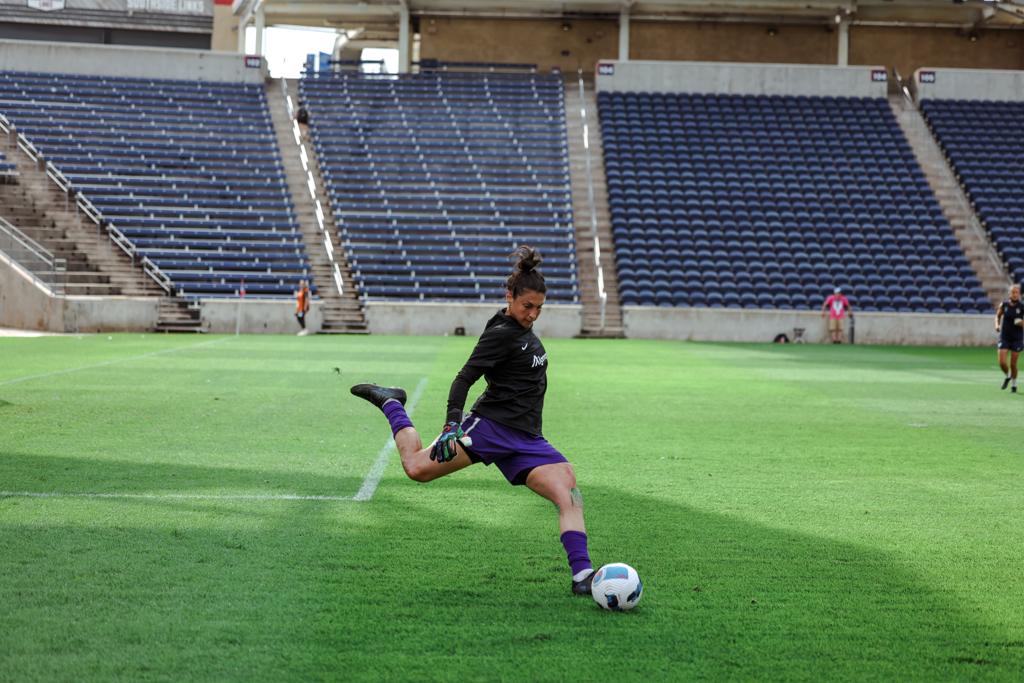 SEATTLE, WA – NJ/NY Gotham FC will look to turn things around under interim coach Hue Menzies when they take on the OL Reign at Lumen Field. The game is set to kickoff at 3 p.m.

The Reign have conceded two goals in each of their last two home matches, and Gotham hopes that continues as they try to get back in the scoring column. After rookie Taryn Torres led the team in shots last game vs. Chicago Red Stars, she became the fourth different Gotham player that has led the team in shot attempts in the last four games, with Midge Purce, Ali Krieger, and Taylor Smith being the others.

“I have lived and worked in this community for almost two decades,” said Manning. “It’s home to me, and Gotham FC is my family’s favorite soccer club. Combine that with the organization’s strong leadership, talented roster, and sustained growth, and it became clear that joining this great group was a fantastic opportunity.”

Guelli said, “I’ve spent my career developing and elevating sports brands, and I’m confident Gotham FC is on the verge of becoming a pillar of the New Jersey and New York sports market. This club has assembled talented and dedicated ownership group, and I look forward to offering my perspective as we work together to build something special.”

NJ/NY Gotham FC has signed forward Jenna Bike through the 2022 season with an option for an additional year following her National Team Replacement Player contract, the club announced today.

Bike was originally released following her NTRP stint but was signed to a senior contract this week.

“We are very happy to be able to add Jenna to our roster,” General Manager Yael Averbuch said. “In her time with the club, she has consistently contributed positively to the team environment, and we are excited to watch her continue to grow as a player."

UP NEXT
Gotham FC is reaching the end of a three-game road swing, traveling to Houston to take on the Dash at PNC Stadium in Houston. Fans can catch all the action live on Paramount+ in the U.S. and Twitch internationally