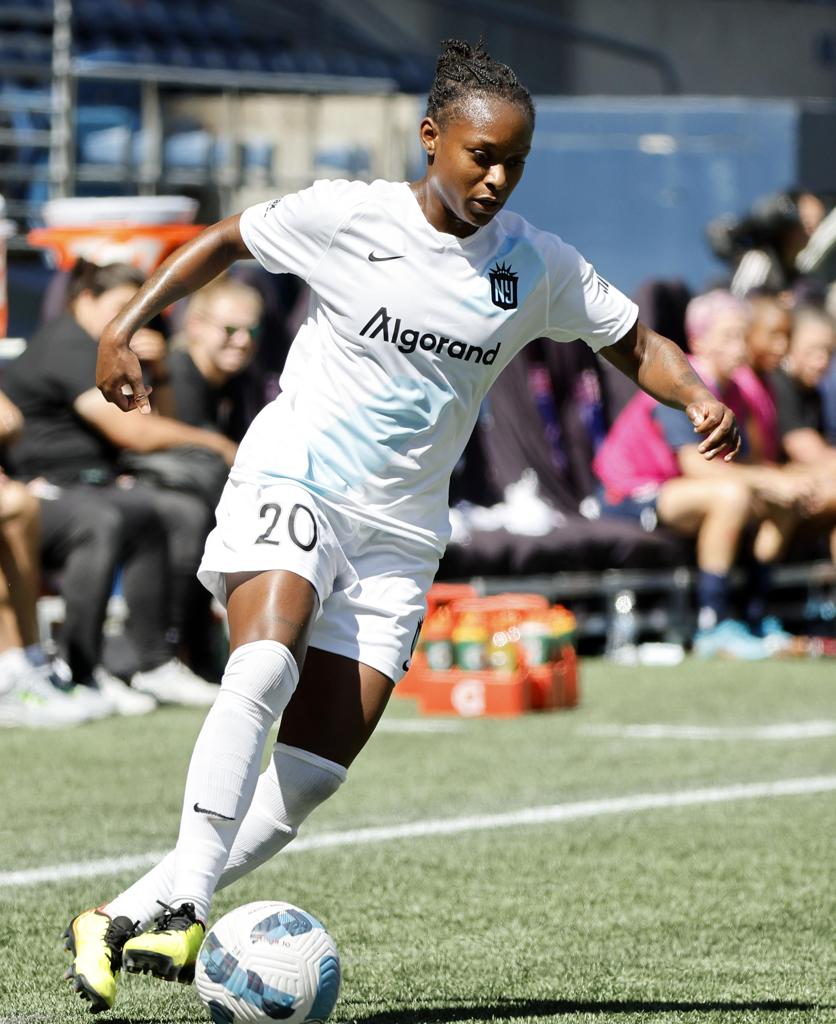 Rose Lavelle scored in the 15th minute on an assist from Megan Rapinoe to take the early 1-0 lead. Rapinoe, who has the second most penalty goals in NWSL history, scored one in the 42nd minute to make it 2-0 before the break.

Beverly Goebel Yanez was the de-facto head coach, with interim coach Hue Menzies arriving to meet the team in Seattle yesterday. A homecoming of sorts in front of 7,048 at Lumen Field for Yanez, who played her six NWSL seasons in Seattle.

“Obviously the club is going through the transition at the moment and trying to support in any way that I can is going to be key in making sure this transition goes well,” Yanez said. “And I think for us, we’re going to try and continue to push as much as possible and stay together to try and put on a good performance and ask our players every day to compete, so I think for us it’s just continuing to push in every aspect but continuing to support as well.”

Kristie Mewis has a free kick in the 49th minute, going for goal on the near post but was saved by Phallon Tullis-Joyce.

Jordy Huitema assisted Rapinoe in the 69th minute to make it 3-0 . Taylor Smith would break through for Gotham FC in the 72nd minute on an assist from Ifeoma Onumonu.

“It’s not the score we wanted, but I do feel like we had good moments this game,” Smith said. “We’re building off of things and that people are feeling a little bit better about being able to connect our passes.”

Unfortunately, Gotham would have their own goal just over a minute later to make it 4-1.

“Obviously we wanted a better result, so we have a lot to learn on and grow on,” defender Ellie Jean said.

Gotham FC will head to Texas to take on the Houston Dash at PNC Stadium to close out a three-game road trip before hosting  Orlando Pride at Subaru Park in Chester, Pa. The kickoff is slated for 8:30 p.m. ET. Fans catch the action live on Paramount+ in the U.S. and Twitch internationally.

“[We’re] trying to rally after our first half of the season,” Jean said. “We’re really trying to be the team that can make an incredible comeback and try to be in a position to make the playoffs and we’re trying to look forward to that and try to piece something together for these last ten games to get us where we want to be and where we’re hoping to be.”