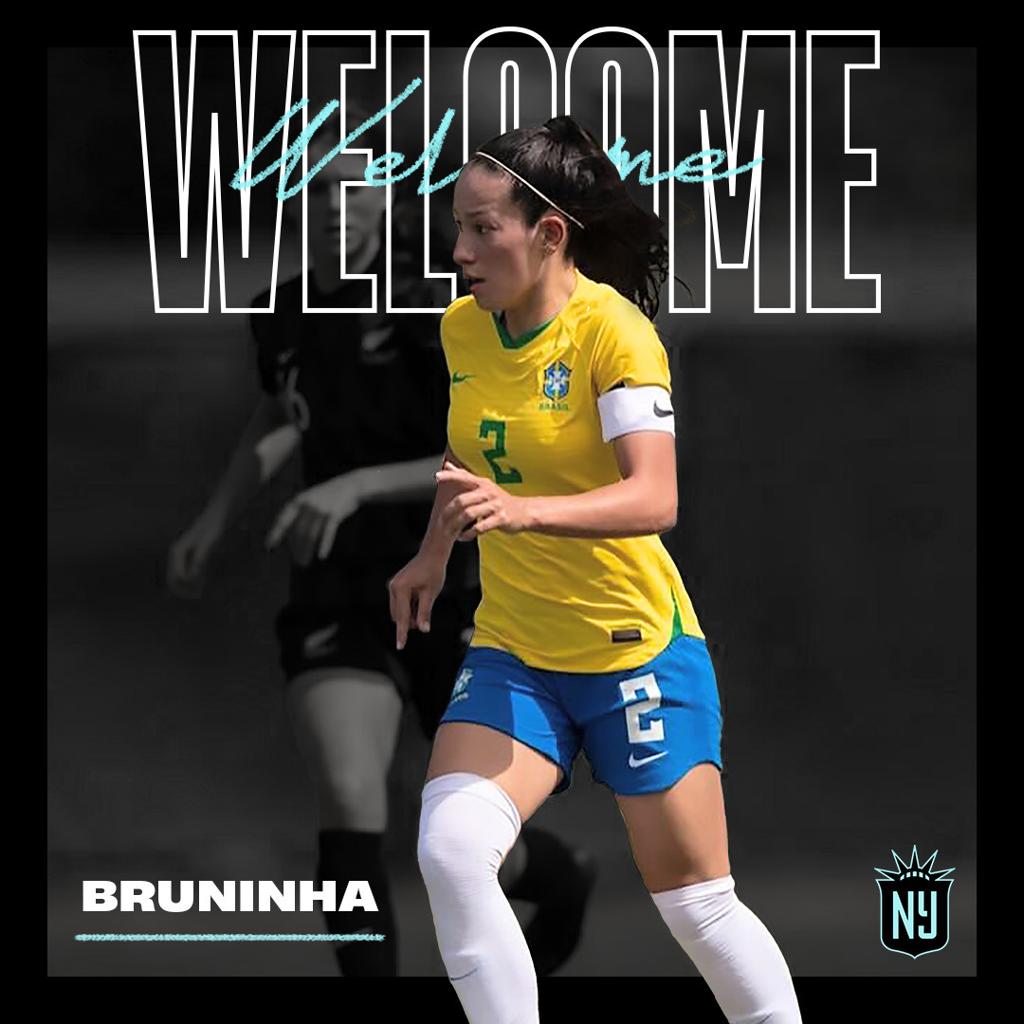 HARRISON, N.J. - NJ/NY Gotham FC of the National Women’s Soccer League has signed 20-year-old Brazilian defender Bruninha through the 2023 season, pending the receipt of her P-1 visa and International Transfer Certificate (ITC). Bruninha joins the club from Santos FC of the Brazilian first division league Brasileirão Feminino Neoenergia, who transferred her rights to Gotham FC in exchange for an agreed-upon transfer fee.

With Santos FC, Bruninha won the 2021 “Bola de Prata” (Silver Ball) as the “revelation of the tournament.” She has already made several appearances for the senior Brazilian Women’s National Team and is currently captaining her country at the FIFA U-20 Women’s World Cup. She has played all four games of the tournament, starting three, and has helped anchor a defense that has not conceded a single goal during the team’s march to the August 25 semi-final.

Earlier this year, Bruninha and her squad won the Campeonato Sudamericano Femenino Sub-20. Brazil won all of their tournament matches without conceding a goal.

“Bruninha has a terrific understanding of the game at such a young age,” said General Manager Yael Averbuch West. “She’s already such a polished player and playing in the NWSL will only help make her better. The sky is the limit for her, and I’m so excited to watch her flourish at Gotham FC.”

Gotham FC’s next home match takes place on August 28 at Red Bull Arena in Harrison, New Jersey. The club will kick off against Angel City FC at 5:00 p.m. EST. Tickets can be purchased at GothamFC.com.