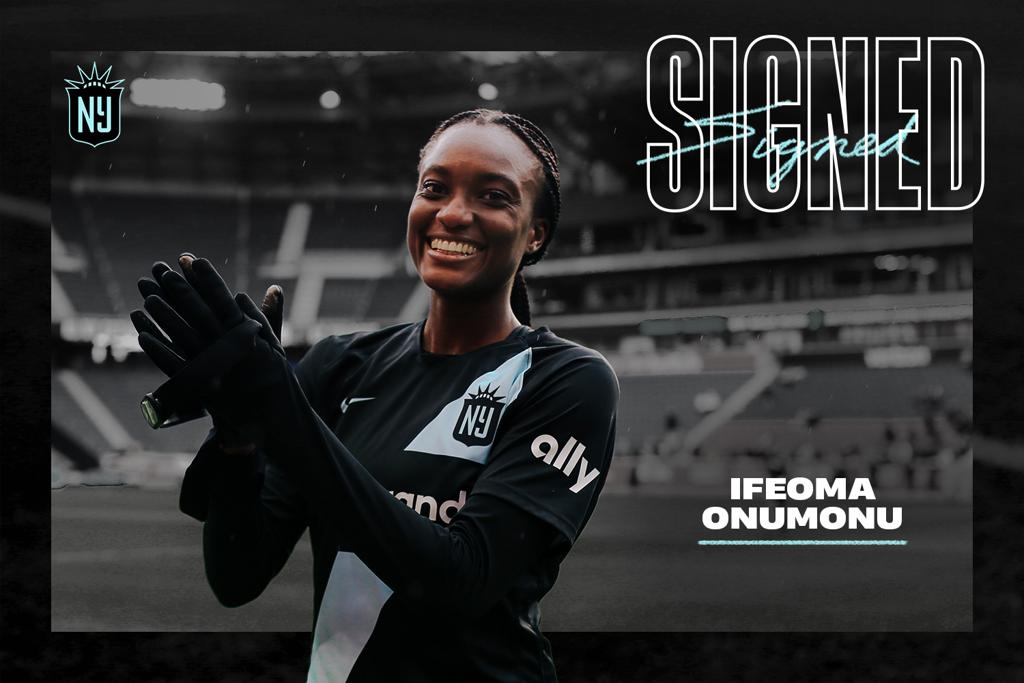 HARRISON, NJ: NJ/NY Gotham FC announced today that forward Ifeoma Onumonu has been signed to a new three-year contract with the club through the 2025 NWSL season.

Since her acquisition in a trade with OL Reign in January, 2020, Onumonu has made 61 match appearances with Gotham FC during the regular season, Fall Series and Challenge Cup tournament combined, and has scored 14 goals and added nine assists.  Onumonu was the eighth overall draft pick by the Boston Breakers in the 2017 NWSL Draft.

“I’m really excited to sign on long-term with Gotham FC!” said Onumonu. “It’s been a journey already with this club and I’m looking forward to many more years competing to be the best team in the NWSL. The club and community around me has truly made me feel valued as a player. Although this past year has been a difficult one, the fans never left our side. I’m happy to be fighting for this club and excited about what we’ll be able to accomplish together.”

The 28-year-old Onumonu is also a member of the Nigeria National Team. Her first call-up for the team was in June 2021, ahead of three international friendlies as part of U.S. Soccer’s Summer Series. This year, Onumonu was a key player for her national team in the Women's African Cup of Nations. Previously, she played for the U23 U.S. National Team.

Onumonu was a standout at University of California-Berkeley from 2012-16. She scored 33 goals, was named Pac-12 Freshman of the Year in 2012, and earned two All-Pac-12 First Team and one Second Team honors. Her other collegiate honors include being selected NSCAA All-Pacific and to the Pac-12 All-Academic Team three times, and she was named Freshman All-American by Soccer America.

“Ifeoma Onumonu is a dynamic attacking player who provides a constant threat as a playmaker and goal scorer,” said Gotham FC GM and Head of Soccer Operations Yael Averbuch. “Ify is an essential part of our future vision at Gotham FC, and our club is proud to reach an agreement with her on a long-term contract.”