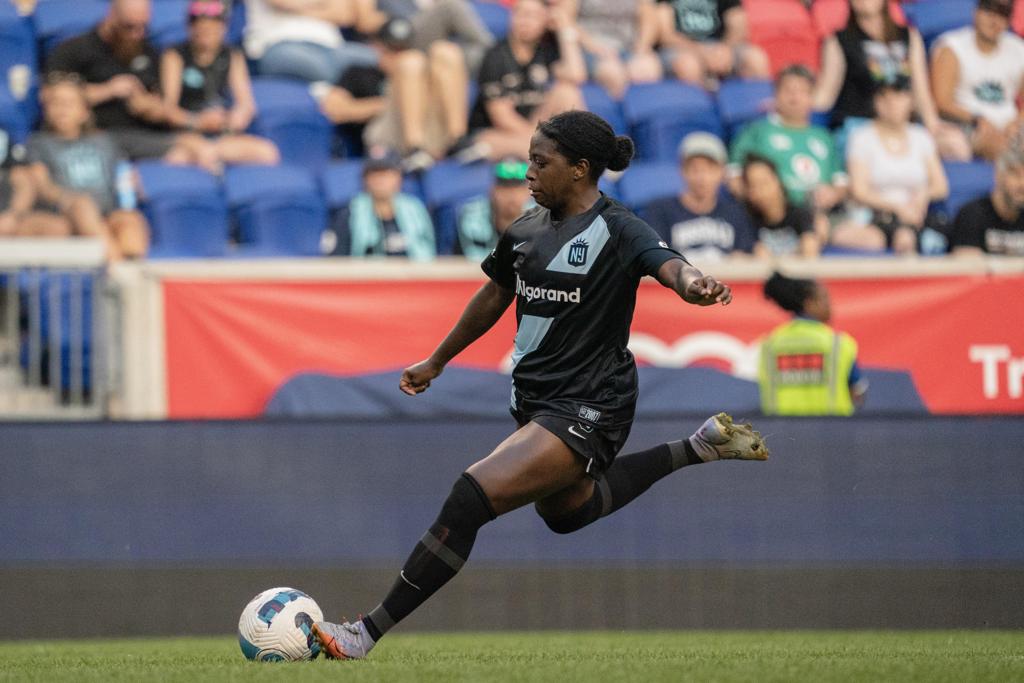 “I’m excited to continue my career with Gotham FC,” said Freeman. “In my six seasons with this club, I have seen the growth and believe in the potential for us to be great. We have the best fans who show up for us every day, and we get to represent the amazing and diverse people of New York and New Jersey. Thank you for believing in me. I look forward to working with head coach Juan Carlos Amorós and being a part of the many great things this club will undoubtedly achieve.”

Freeman has been a fan favorite, defensive stalwart, and respected leader with the club since 2017, when she was selected with the tenth overall pick in the 2017 NWSL Draft.

Over her career with Gotham FC, the 27-year-old Freeman has played in 80 matches and recorded 258 clearances, 56 blocks, and 109 interceptions.

“Mandy epitomizes everything we want Gotham FC to be,” said Yael Averbuch West, Gotham FC GM and Head of Soccer Operations. “She is a reliable defender and excellent passer with a team-first mindset. Mandy has been a rock for our club and we are really proud she is remaining with us."

Freeman played collegiately at USC, where she was a key part of the 2016 NCAA Championship team and was named Pac-12 Defensive Player of the Year. She was a three-time Pac-12 selection.

In international competition, Freeman was a member of the U-23, U-20, and U-17 United States National Teams, and the U-17 World Cup Qualifying team.