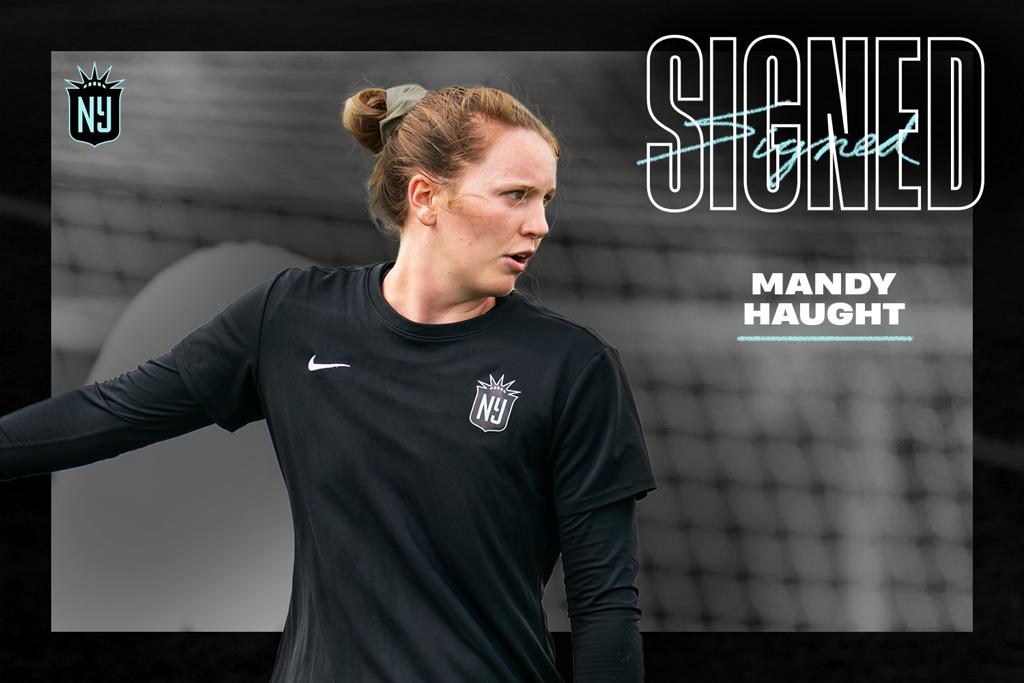 HARRISON, NJ: After a season away from NJ/NY Gotham FC to compete in Sweden’s top-division league, goalkeeper Mandy (McGlynn) Haught has returned. Gotham FC today announced that Haught has signed a two-year contract with a mutual option for a third year.

“I’m so stoked to be coming back to Gotham FC for my return to the NWSL,” said Haught. “I have always loved this team and the work ethic I’ve seen on and off the field. The players, coaches and staff are simply good people and I truly believe this team is capable of great things. I am so ready to put my head down, do the work, and get the results with this group and for our fans!”

After the club selected Haught with the 20th overall pick in the 2020 NWSL Draft, the goalkeeper spent two seasons with Gotham FC and appeared in a 1-1 draw at home against Kansas City in the 2021 season.

The Jacksonville native spent the 2022 season with Piteå IF in the Damallsvenskan, where she was named Norbotten’s Female Player of the Year after starting every game for her club and recording seven shutouts. She was one of the three players in the Damallsvenskan to play all 2,340 minutes.

Haught was the No. 1 goalkeeper in all four of her seasons between 2016 – 2019 at Virginia Tech, starting 75 games and compiling a record of 41-23-11 with a .989 goals against average. She was twice named All-ACC First Team goalkeeper and a second-team All American.

In international competition, Haught has been a member of the United States U-18 and U-20 national teams.

“Gotham FC is really pleased to welcome back Mandy,” said GM and Head of Soccer Operations Yael Averbuch West. “She’s a player our club drafted, developed and continued to monitor as she got quality game experience in Sweden. We are very excited about Mandy's progress and potential.”