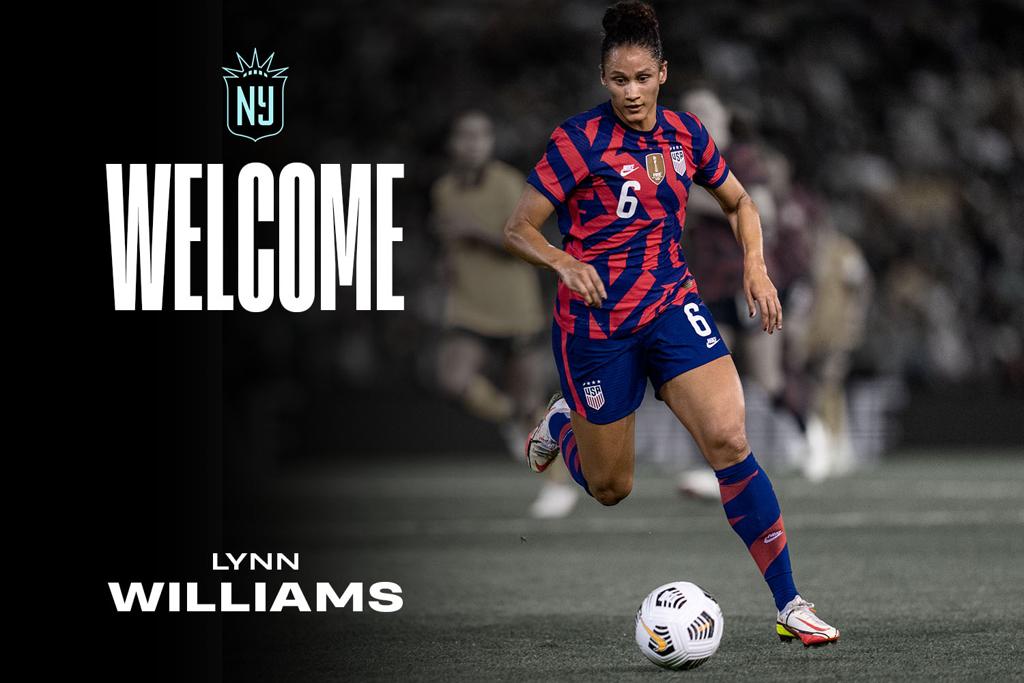 The NWSL resume of Lynn Williams includes three league championships in addition to being named the NWSL MVP and NWSL Golden Boot winner in the same season. Williams, who is currently second all-time in league record books in goals and assists, was acquired in exchange for the second overall pick in the 2023 NWSL Draft

“Lynn Williams is a proven goal scorer who plays to her strengths and to the strengths of those around her,” said Head Coach Juan Carlos Amorós. “She is a player who can get in behind the defense to create chances and can support holding up the play. Lynn is a great finisher in the box and a both-sided player who leads the forward line with an attitude and work ethic that presses the opposition.”

Along with new Gotham FC teammates in forward Midge Purce and midfielder Kristie Mewis, Williams is part of the 24-player USWNT roster currently training in New Zealand for a pair of international friendlies. Since earning her first call-up in 2016, Williams has featured in 47 appearances, scoring 14 goals, notching 10 assists, and leading the USWNT to an Olympic bronze-medal at the Tokyo Games in 2020.

“We are incredibly proud to welcome Lynn Williams to Gotham FC,” said team General Manager and Head of Soccer Operations Yael Averbuch West. “Lynn is one of the most respected players in the League and her accomplishments in NWSL and with the U.S. Women’s National Team speak for themselves. Beyond her elite talent, Lynn is a leader and a champion. She wins wherever she goes. She epitomizes everything our club stands for and aspires to be. The arrival of Lynn Williams to Gotham FC makes this a monumental day for our team and our fans.

Nighswonger was one of the top college players in the U.S. in 2022, recording six goals and 16 assists in 22 games while leading Florida State to its third consecutive College Cup. She was named ACC Tournament MVP and also honored by the United Soccer Coaches and College Soccer News as a First Team All-American. Her 34 career assists with the Seminoles rank Nighswonger second all-time in the school’s record books.

"We acquired the fourth pick specifically with the aim of adding Jenna to our team,” said Averbuch West. “She is a player who we feel will adapt quickly to NWSL, has enormous potential, and fits well into what we are building."

As an example of Nighswonger’s character, she donated money from her NIL deal to the Breast Cancer Research Foundation.

“I’m really excited to be drafted by Gotham FC,” Nighswonger said. “My entire focus is on getting ready to join the team in camp and begin my professional career.”

With the club’s fourth round pick, the 44th overall, Gotham FC selected Iliana Hocking, a midfielder out of the University of Arizona.