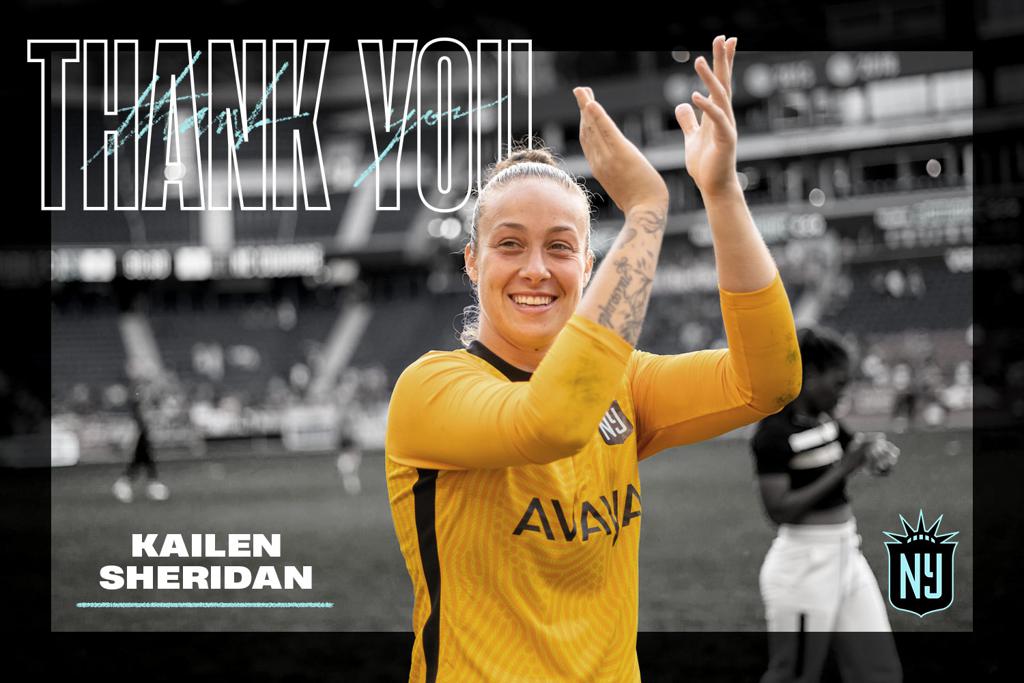 NJ/NY Gotham FC of the National Women’s Soccer League has announced today that the rights to goalkeeper Kailen Sheridan have been traded to San Diego FC. As part of the trade, Gotham FC will acquire $130,000 in allocation money in addition to protection in the upcoming 2022 Expansion Draft presented by Ally.

“One of the priorities for Gotham FC this off-season was to secure protection in the upcoming expansion draft, which meant some difficult decisions had to be made," said Interim General Manager Yael Averbuch West. “Kailen had expressed interest in pursuing other professional opportunities and we were fortunate to find a good trade partner in San Diego to accommodate her wishes. She has been a major part of this club for the past five years and we thank her for the impact she’s made. Kailen is a phenomenal goalkeeper and we know she’ll go on to do great things in the future. She’ll certainly be missed.”

Sheridan departs for San Diego following five seasons with the club after being drafted 23rd overall in 2017 out of Clemson University. In that time, she was a fixture in goal and an integral part of Gotham FC’s defense. She was voted the 2020 Challenge Cup Golden Glove winner and was most recently named to the 2021 NWSL Best XI. In total, the Canadian international and Olympic Gold Medalist made 91 appearances for Gotham FC across all competitions and logged over 8000 minutes. She finished the 2021 regular season with 76 saves, an 84.4% save percentage, and six shutouts.